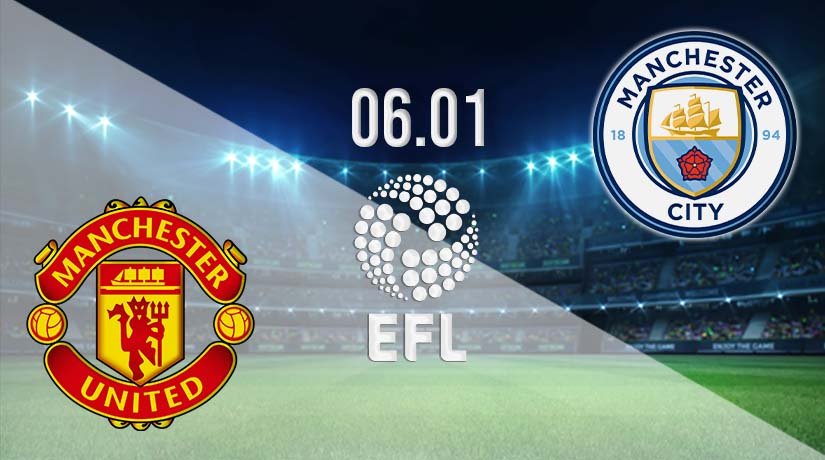 Followers of English football have a midweek treat in the form of a Manchester derby on Wednesday evening. Man Utd play Man City in the second semi-final of the EFL Cup from 19:45 GMT and armchair fans can follow the play live on television. Which half of the divide will book their spot in the final and increase their chances of lifting the season’s first piece of silverware?

The Red Devils and Cityzens are no strangers to facing off in competitive action, of course, with the history books showing United dominate the head-to-head stats on 75 wins. Man City enter with 54 wins and 53 games ending in a draw. The most recent Manchester derby was played last month and finished in a tense goalless draw at Old Trafford. It’s worth noting in each of the last three games at least one team has failed to find the net. Will that trend continue?

Manchester United are going great guns in the league entering 2021 and sit second behind last season’s champions Liverpool. The Red Devils are on an unbeaten run in the Premier League, winning four and drawing one of their last five. Confidence is high in the camp as they attempt to add a cup win to their early success.

We last saw Man Utd in action when beating Aston Villa 2-1 at Old Trafford on the opening day of the year. That was a little closer than many supporters had expected but the points were won thanks to goals from Martial and Bruno Fernandes, enough to better a determined opponent who kept things interesting with a reply from Traore on the hour.

Cityzens eager to be the dominant force

Manchester City were the dominant force in English football before losing their Premier League title to Liverpool last term. Pep Guardiola’s men are determined to fire themselves back to the top and a League Cup win would signal their intentions for the year ahead. It would be even more satisfying for fans if they could beat rivals Man Utd along the way.

The Cityzens climbed to fifth in the Premier League following victory in each of their last three games and they enter this match with confidence. City hammered Chelsea 3-1 at Stamford Bridge on Sunday thanks to goals from Gundogan, Foden and De Bruyne, the Blues offering little resistance along the way.

Both teams are in great form and capable of winning this match and that should make this a fascinating 90 minutes of football. The stats suggest there shouldn’t be much in it and it wouldn’t be a massive surprise to see these teams level in the latter stages.

Man Utd are priced at 3.28 with 22bet to win this match with Man City available at odds of 1.41. The draw can be backed at 16 if you can’t split the Manchester rivals.

Make sure to bet on Man Utd vs Man City with 22Bet!