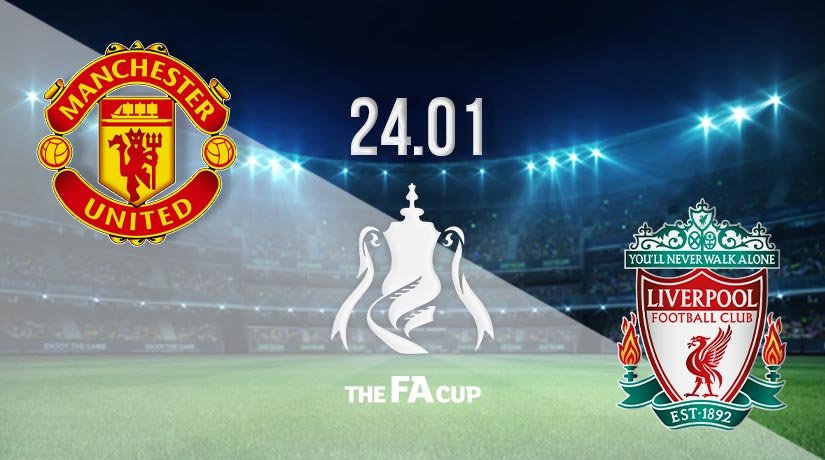 The FA Cup returns to action this weekend with English football’s world-famous knockout competition entering the fourth round. Some mouth-watering ties lie ahead for followers, but none are quite as big as the one due to be played at Old Trafford on Sunday. Old rivals Man Utd and Liverpool clash from 17:00 GMT with a place in the next round at stake.

The Premier League duo are no strangers to facing off in this competition and the history books show the Red Devils boast nine FA Cup wins over Liverpool who are on four victories with four games ending in a draw. The most recent in this tournament saw Liverpool win 2-1 back in January 2012 thanks to goals from Daniel Agger, Dirk Kuyt and Park Ji-Sung.

Manchester United reached the fourth round courtesy of a narrow win over Championship club Watford in the previous round. With that game also played at the Theatre of Dreams it was one the Red Devils were expected to win at a canter but they were made to work hard by a stubborn Hornets side that created chances and threatened to pull off the biggest shock of this season’s competition to date.

In the end, Man Utd snuck through thanks to a winning goal scored by McTominay with five minutes on the clock. The young Scotsman was set-up by Telles and kept his cool to bullet a header into the net and give his employers the narrow victory whilst boosting his stock in the process. A big future is expected for this talented young player.

Liverpool banked their spot in the fifth round with a rather more comfortable victory, seeing off Aston Villa by a 4-1 scoreline at Villa Road. It was a tough opening tie for Jurgen Klopp’s men, but they proved too good for their fellow Premier League opponents, progressing and looking good in the process. Supporters hope to see more of the same in this game.

Mane bagged a double in that win over Villa with the other goals coming from Wijnaldum and Salah. The side sent out by Klopp for that match shows how seriously Liverpool are taking this competition with everyone connected to the Reds hoping to get their name back on the famous silver. Anything near a repeat performance may be enough to see Liverpool eliminate Man Utd in the early rounds.

This should be a thrilling cup tie and a great advert for English football with the game beamed across the globe. Both clubs should be at full-strength knowing the embarrassment that comes with being knocked out of the FA Cup early.

The fact both managers will see this as a game their club are capable of winning means we should be treated to an exciting, open game of football and armchair fans hope they are treated to a few goals along the way.