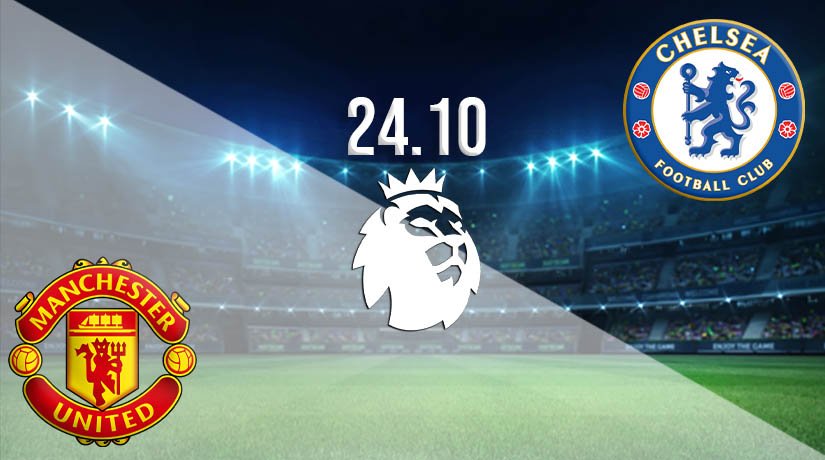 Four games are scheduled to be played in the English Premier League on Saturday with Manchester United hosting Chelsea in game of the day. This fixture is set to kick-off at 17:30 GMT and will be beamed around the country to a sizeable live TV audience. Both clubs have been below par in the opening few weekends of the campaign and will be determined to grab all three points here and get their season firmly back on track.

Manchester United and Chelsea are no strangers to meeting in competitive action, of course, and the head-to-head scores show The Red Devils lead the way with 78 wins against the 54 of Chelsea and the 55 draws. Chelsea did win the last meeting 3-1 in the FA Cup back in the summer but haven’t beaten United in the league since 2017. Will that drought continue?

Manchester United face an important season but can be found down in 15th place in the Premier League with four games on the board. Most top-flight teams have played a game more but United have won two and lost two of their games so far, scoring nine goals but conceding a dozen. Fans had hoped their club would be stronger in the opening exchanges than they were last season but that hasn’t been the case.

The home side were last seen in league action claiming an important three points thanks to a stunning 4-1 win over Newcastle United at St James Park. The victors made a mockery of what had been billed as a potential banana skin fixture, fighting back from a goal down to win thanks to strikes from Maguire, Fernandes, Wan-Bissaka, and Rashford. It’s worth noting three of those four goals were scored after the 86th minute.

Chelsea are seven places higher in the table than their opponents but haven’t been too much more impressive so far. The Blues have two more points on the board but have played a game more than the home team, their stats for the season reading two wins and two draws against a loss. Chelsea are unbeaten in their last three but have drawn two in that period.

Frank Lampard’s side battled to a 3-3 home draw against Southampton last weekend in a match that will be remembered as two points dropped. A double from Werner and goal for Havertz put the London club in a commanding position but they were pegged back by a late equaliser scored by Vestergaard scored with 92 minutes on the clock.

Man Utd boosted confidence with that win over Newcastle last time and fans will hope that’s the start of the fightback. Chelsea are unbeaten in three games but draws have hampered their progress. Lampard would likely view another draw as a decent result at Old Trafford.

Make sure to bet on Man Utd vs Chelsea with 22Bet!