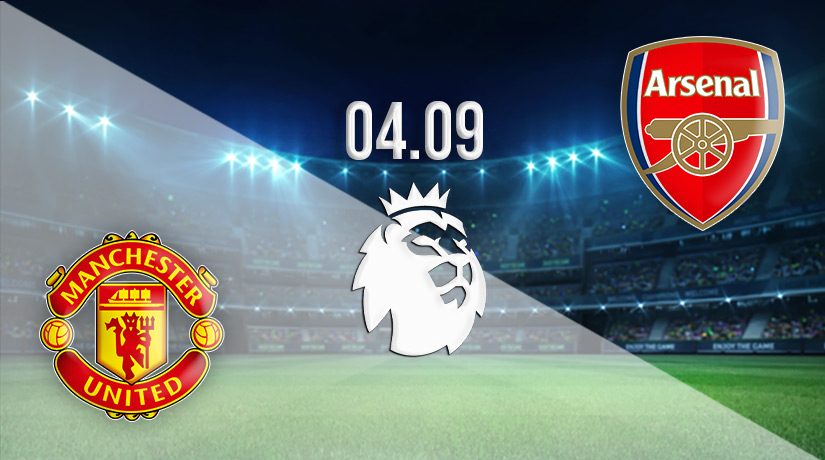 Followers of the English Premier League have two matches on the Sunday schedule as the big games just keep on coming. It was a midweek of thrills and spills, with all teams in action on Tuesday and Wednesday before diving into another hectic weekend fixture list. Most games were played on Saturday, but it’s quality over quantity on Sunday. Brighton aims to build on their strong start when hosting struggling Leicester City from 14:00 before Man Utd and Arsenal meet at Old Trafford.

These teams have endured very different starts to the season, with Arsenal racing to the head of the pack, and they entered this week in pole position, looking down on their rivals. Man Utd may enjoy the home advantage for this game, but they haven’t had things anywhere near as good as their opponents, with the Red Devils already off the pace. It took this new look United team to find its feet, but fans hope they are now firing on all cylinders. If they are, this will be a memorable 90 minutes.

These teams have treated football fans to some fantastic games over the years, and armchair supporters planning to watch Sunday’s renewal live on television will be hoping this return lives up to the hype. We last saw the Red Devils and Gunners play at Old Trafford last December in what was a five-goal thriller, with United winning 3-2. Arsenal got their revenge at the Emirates in April when running out convincing 3-1 winners. Nine goals in two games? We’ll settle for more of the same.

Red Devils off the mark

It was a disastrous start to the season for Man Utd’s new regime as they slumped to defeat in each of their opening two games, dropping into the relegation zone. If fans thought last season was disappointing, they were preparing for an even more difficult campaign this year after those two matches. It looked like the players would take time to settle, the fans would have to be patient, and a top-four finish was the best they could hope for this year. How things have changed.

After losing their first two matches, Man Utd bounced back in style to win each of their next two games with the points gained sending them shooting up the table. They finally got off the mark under the new regime with a hard-fought but thoroughly deserved three points at home against Liverpool, a match the Reds were expected to win with a bit to spare. Jurgen Klopp’s Champions League runners-up were the pre-match favourites but returned to Merseyside empty-handed following a 2-1 win. Sancho and Rashford scored the goals that day before Salah netted what proved to be a consolation.

With the scent of victory in their nostrils, this Man Utd team looked re-invigorated, and they made it two wins on the spin when beating Southampton 1-0 last weekend. St Mary’s Stadium isn’t an easy place to go and win a game of football at this level, and United was pushed hard by their opponents but eventually won the day thanks to a goal from Fernandes early in the second half. The bare result suggests a tight match, and it was competitive, but there was no doubting the deserved winner.

Arsenal – like their opponents – are something of a sleeping giant in the Premier League. They are former champions of the division, but there is a generation of paying fans inside the Emirates who have never seen their club win the title. Will all that change this season under manager and former player Mikel Arteta? The Spaniard’s appointment was strange; it looked like he might be sacked on more than one occasion, but the board stood by their man, and they finally appear to be getting the results for that loyalty.

Arsenal has barely put a foot wrong so far this season, and they entered the week sitting pretty in pole position boasting a 100% record. Arsenal won each of their opening four fixtures, scoring 11 goals while conceding just three. The dozen points claimed placed them on top, ahead of Man City, Tottenham and Brighton, who were the other three unbeaten sides after a month of action. Will Arsenal hold their ground?

The visitors continued their winning ways last weekend with an impressive victory achieved over Fulham in a competitive London derby. The Cottagers – promoted to the EPL in the summer – took the lead on 56 minutes thanks to an opening goal from Mitrovic. Still, an equaliser overturned that from Odegaard and a Gabriel winner with 86 minutes on the clock. Arsenal showed great character to fight back and equalise and then win the match.

This is a match that has our team excited, and the players will be met by a wall of noise when entering the field of play at Old Trafford. The league leaders will come with a support, but most inside the Theatre of Dreams will be there to see Man Utd win, and that backing could make a difference. The fans must get behind the team if they are to have any chance of making home advantage count and spring another surprise win at home.

Arsenal is going great guns at present, but they haven’t achieved anything yet, and Arteta will be determined to ensure his men remain grounded. Things can change quickly in football, and that scare at home to Fulham last week will make the coaching staff sit up and take note. If they perform at Old Trafford the way they did against Fulham, it could end up as a tough day.

If you are a registered member of 22bet, you will enjoy pre-match and in-play betting odds on this fixture. Man Utd is priced at 2.43 for the win, while Arsenal can be backed at 2.736. The draw is an option at odds of 3.62.

Make sure to bet on Man Utd vs Arsenal with 22Bet!