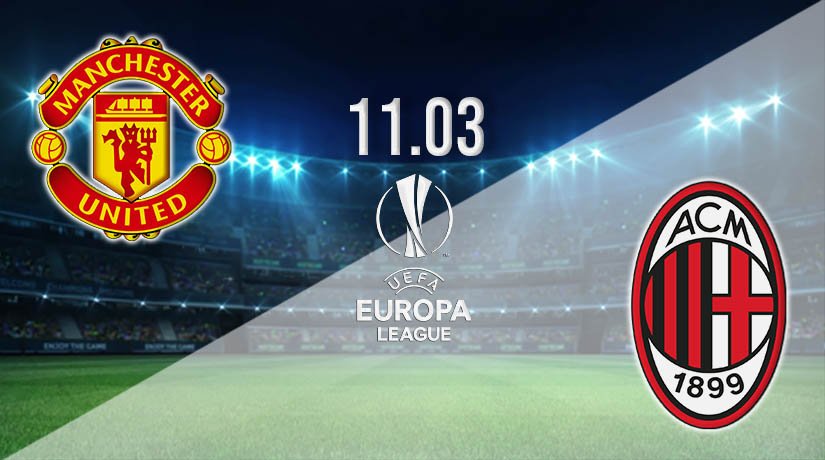 The attention of football fans switches to Thursday’s UEFA Europa League Round of 16 matches with several British teams in action. Manchester United enjoy a home advantage over Italian side AC Milan at Old Trafford with that game set for a 17:55 GMT kick-off. The play will be shown live on television and huge viewing figures are expected for a game involving two teams with a real chance of going all the way and winning the trophy.

Obviously, this match will be a big deal. So we are here to explore capabilities of these two teams and present a new prediction with betting odds to make your time on the best in-play betting site even more comfortable and succesful.

This is the first time these teams have met since 2010 when playing in the Champions League. Man Utd were victories on that occasion thanks to a stunning 4-0 win at Old Trafford with the goals scored by Fletcher, Ji-Sung and a Rooney double. That tie ended 7-2 to the Red Devils and neutrals hope to see their fair share of goals in this renewal.

Manchester United dropped into the Europa League after finishing third in their Champions League pool despite making a strong start. That would have been bitterly disappointing for followers of the Red Devils but it has allowed them to focus on their Premier League campaign and they now look certain to finish in the top-four and secure a quickfire return to UEFA’s elite competition. It will now be interesting to see their level of focus in the Europa League.

Man Utd sit second in the Premier League following Sunday’s stunning win over derby rivals and current leaders Man City. It was a match they had to win to keep alive their dreams of claiming the title but even with the three points, they are 11 off the pace set by the Cityzens. United will keep plugging away in the hope of punishing any further mistakes.

Milan pushing for the title

AC Milan are one of the favourites with pundits to win the Europa League this season and if they can eliminate Man Utd over two legs the Italians will be extremely popular. They are certainly capable of going all the way and lifting the trophy but, like their opponents, they are involved in a title race domestically and may see that as a more important challenge than the Europa League.

The visitors are unbeaten in their last three league games and are hot on the heels of current league leaders and derby rivals Inter Milan with three points the difference. Will Milan view this game against United as a distraction from their efforts to win Serie A? It would come as no major shock to see the visitors rotate their squad.

Manchester United know their best chance of progressing comes from making home advantage count and taking a strong lead to Italy for the second leg. Both teams have talent going forward but the focus will be on keeping things tight at the back.

Make sure to bet on Man Utd vs AC Milan with 22Bet!