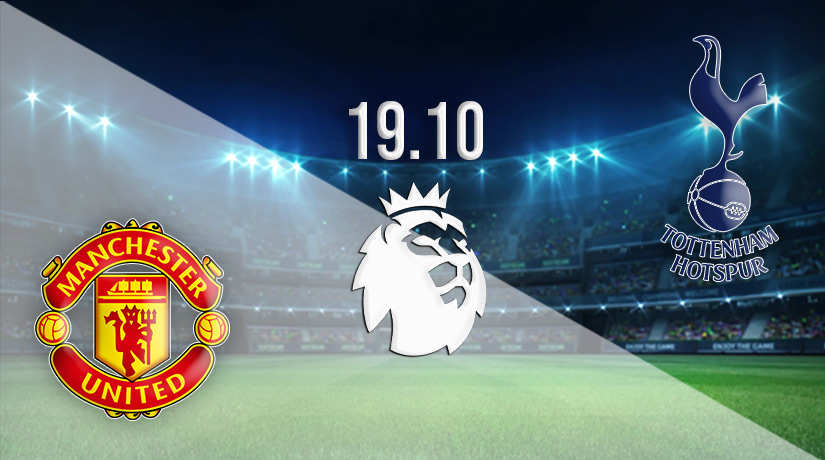 Football fans are only recovering from a dramatic weekend of results in the English Premier League. We’re thrust back into the deep end with a compelling contest from the division. Teams are using this opportunity to catch up if their match was postponed due to the Queen’s death and the resulting funeral and then the bank holiday. There’s plenty to get through with Wednesday bringing five games from top-tier English football. We focus on the pick of the bunch as Manchester United host Tottenham Hotspur at Old Trafford.

This is an interesting fixture, and it should tell us a lot about the chances of Man Utd and Spurs this season. Does either have a chance of challenging Man City for the Premier League title? If three in a row is to be stopped, will it be either of these sides that will do it? There are more questions than answers at this stage, but that shows just how competitive and unpredictable this season has been already and will continue to be. Anything can happen, and that’s why the EPL is the most-watched club football competition on the planet.

The head-to-head stats show what we already know, these two huge names from the Premier League are no strangers to a meeting on the big stage. Man Utd enjoys the lion’s share of wins, with 94 against their name, while Tottenham has 53 wins, with the other 50 meetings ending in a draw. The most recent clash involving the Red Devils and Spurs produced a narrow 3-2 win for the home team at Old Trafford back in March. A competitive, free-scoring game is what armchair fans want to see here, but will they get their wish?

Man Utd has improved on the poor form that plagued them during the first few weeks of the season as they were dragged down into the relegation zone. Most fans remained level-headed, confident their side had what it takes to bounce back and get their campaign on track, but there were more than a few supporters who jumped the gun and wanted early change. They feared the worst and must have thought they would have been better sticking with Ole Gunnar Solskjaer as the first team manager.

After back-to-back defeats on matchday one and two, United fixed their form and went on an impressive run that lifted them into the top four. A slight wobble over the last few weeks has knocked United off-course, and they are down to fifth place but with plenty of time still on their side. After worrying that their team could be relegated to the Championship, there are now some supporters who believe the club can improve from here and challenge their city rivals for the Premier League title.

United’s stats for the season so far show five wins and one draw against three defeats, with 13 goals scored and 15 conceded. They have 16 points on the board and know if they win this match and results go their way elsewhere this midweek, they could climb back to fourth, passing Chelsea in the process. The 16 points against Man Utd’s name means they are already 11 off the pace set by current leaders Arsenal who are four better than the chasing pack.

Spurs are back on track

Tottenham has a real chance of challenging for the league title this season, and we will get a better idea of how likely that is after this match. The Londoners have started seasons strongly in the past, but the way they opened this campaign caught the eye. They are going great guns and find themselves keeping up with the front runners at this stage, waiting in the pack and ready to strike when the time is right. A win for Tottenham on Wednesday would move them to within touching distance of leaders Arsenal. Spurs fans would love nothing more than to turn up the heat on their neighbours and see how they react.

The visitors travel from North London with their stats for the year so far showing seven wins and two draws against one defeat, scoring 22 goals and conceding 10. That makes them one of the strongest attacks in the competition, and there’s much to admire about that defensive record too. But will the backline stand up to the heavy pressure that is coming their way on Wednesday? If Tottenham wants something out of this match, they must keep it tight at the back.

Spurs did suffer the only loss on their record recently, but they returned to winning ways and have taken six points from their last two outings. That double began with a 1-0 away win over a strong Brighton side earlier this month before edging Europa League winners Eintracht Frankfurt 3-2 in the Champions League. They were last seen in action on Sunday when beating Everton 2-0 at home thanks to goals from Kane and Hojbjerg, both strikes coming in the second half.

This game being played at Old Trafford will boost the chances of a Man Utd win, but it would be foolish to write off Spurs that easily. Confidence is returning to the Red Devils camp, and despite a drop in form over the last few weeks, a win here would catapult Man Utd back into the running. The outcome of this game won’t decide the league winners or where these sides will finish this season. But what it will do is show who is the better side on the approach to winter.

Tottenham makes the journey knowing they are higher in the league than their hosts and have been the more consistent team of the two so far this season. They’ll believe they are good enough to take the three points back to London. Harry Kane is always a danger, and he has been in great form of late, scoring goals for fun. The England striker now has his sights set on United.

Make sure to bet on Man Utd v Tottenham with 22Bet!