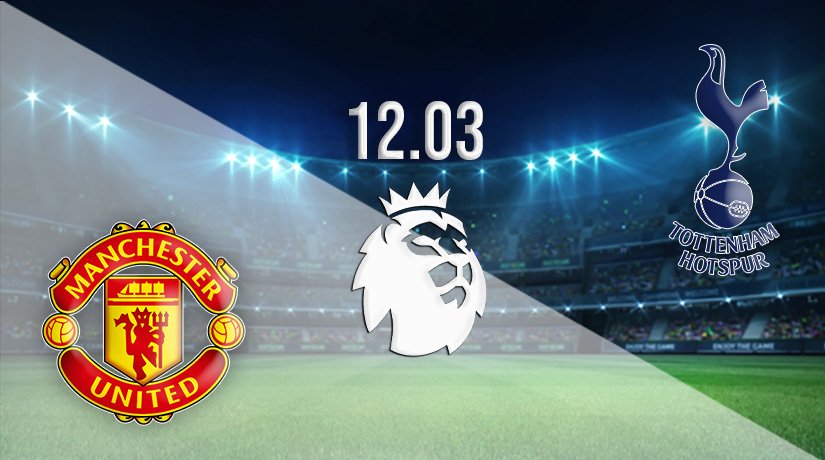 The midweek European action is now in the books, and teams across Europe return to their domestic leagues. There’s action from La Liga, Serie A, Bundesliga, and Ligue 1 this weekend, but our focus falls on the top tier of English football. The majority of games will be played on Sunday with just three matches on the programme for Saturday. The main attraction comes from Old Trafford, where top-four contenders Manchester United play host to London club Tottenham Hotspur. Both teams enter believing they are good enough to secure all three points, but which team will get their wish?

It has been another disappointing season for Man Utd, who are now on their second manager of the campaign following the sacking of Ole Gunnar Solskkjaer. Despite failing to live up to expectations and improve on last season’s runners up finish, Man Utd are in the running for the top-four and a place in next season’s Champions League. Qualifying for UEFA’s elite competition is the minimum expected of the club every season, and the remainder of this fixture list is no different. Fans want to see their side finish in fourth place, holding off the competition.

These sides met earlier in the season at the Tottenham Hotspur Stadium, where the Red Devils scored an emphatic 3-0 win back in October. Ronaldo opened the scoring in that match to give his side an early lead before second-half goals from Cavani, and Rashford helped wrap up the points. It was a comfortable three points in London, but a tougher test is expected here. Man Utd aim to do the double over the opponents while Spurs are out for revenge.

Manchester United fans have enjoyed highs and suffered lows this season, but a lack of consistency cost them any chance they had of challenging Manchester City, Liverpool, and Chelsea for the title. Those three clubs are well clear of the chasing pack, with The Cityzens and Reds battling it out for supremacy. That leaves only fourth place available in the top-four, and, at present, we have Arsenal, Man Utd and West Ham battling for that all-important berth. That race will go right down to the wire, meaning United must find consistency if they are to cross the line in fourth.

United’s last five games sums up the season they have had with two wins, two draws and a defeat. The locals picked up those two wins back to back, forcing themselves into fourth place, but they have taken just one of the last six points that have been available to them, and that dip in form has dragged the club down to fifth place. Arsenal are currently on 48 points ahead of Man Utd on 47 and West Ham on 45. Neither of those three teams have had consistency this spring, and there’s sure to be a few more twists and turns in the road before the end of the season.

The home team suffered a humiliating and hurtful defeat at the Etihad Stadium on Sunday afternoon when losing 4-1 to the champions and current league leaders. De Bruyne set the pace when scoring the first of his two goals on five minutes, with the other two scored by Mahrez. It was a real show of strength from City, who had started the match as hot favourites and showed no signs of nerves. Sancho scored for the beaten team, but it was nothing more than a consolation goal for a club that were out-fought and out-thought.

Tottenham started the season with a home win over Man City, and many believed that result proved the London club were finally awakening from their slumber. Fans believed Spurs were ready to lay down a credible challenge for the Premier League trophy, and the fact they beat Man City without the help of star striker Harry Kane had supporters believing this was their year. That enthusiasm quickly dried up as Spurs reverted to type, lacking confidence, composure and the ability to put together an extended winning run.

The visitors entered this week with their stats for the season showing 13 wins against three draws and nine losses, scoring 35 goals but conceding 32, and it’s that leaky defence that is causing them problems. Spurs have allowed the same number of goals against them as Brighton, who can be found down in 13th place in the league. The 42 points claimed has Tottenham in seventh at the time of writing, and they face an uphill struggle if they are to throw themselves back into the mix for a top-four finish. They must continue to work, collect points, and hope the teams above them struggle.

Spurs have won two of their last three league games and took a maximum of three points last weekend. They claimed victory over Leeds United in their final game of February, sweeping past the team from Elland Road with a convincing 4-0 away win. Leeds have been conceding far too many goals this season, and that eventually cost their manager his job. Doherty hit the opener inside 10 minutes that day, with the second scored by Kulusevski. Kane got the third before Son Heung-Min got in on the scoring action with the fourth and final goal. There could have been more goals that day, and Leeds passed up some great opportunities, but Spurs won the points.

Manchester United hold the home advantage and know they must make it count if they are to close the gap on Arsenal and move back into fourth place. This is a crucial game, and the locals have more to lose than their opponents at this stage, and that could make the difference.

All the pressure is on the home dressing room before kick-off, with the fans demanding a reaction to that woeful performance in the derby. That allows Spurs to come to town and aim to stick the boot in, but they’ll find their opponents in a foul mood.

Make sure to bet on Man Utd v Tottenham with 22Bet!