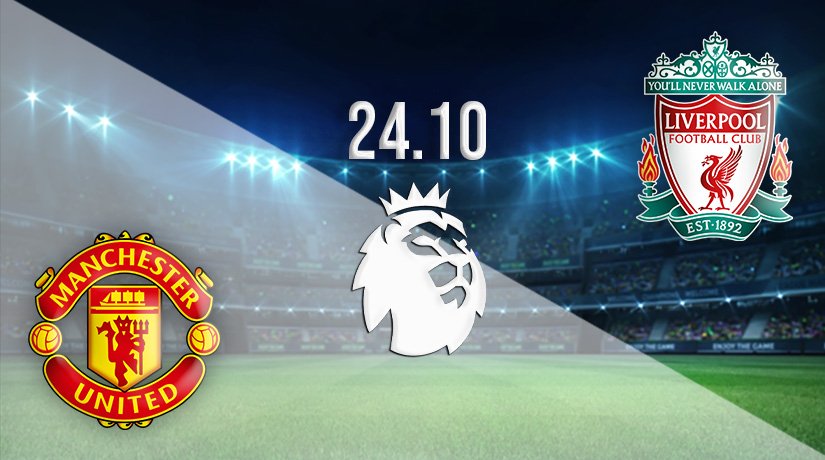 Following the excitement of the midweek UEFA Champions League and Europa League fixtures, we return to Premier League action and the good times continue. This weekend’s fixture list from the top tier of the game in England throws up some tantalising matches, but none is more intriguing than the one that will be played at Old Trafford on Sunday from 16:30 GMT.

Manchester United welcome Liverpool to the Theatre of Dreams.

Both Ole Gunnar Solskjaer and Jurgen Klopp enter confident in their team’s ability to take all three points and score an important win over a rival for the title, but which side will get their wish? Followers of the beautiful game can’t wait to find out.

The last two games involving the Red Devils and the Reds produced a total of 11 goals, with each club gaining one win.

The most recent was a 4-2 victory for Liverpool at Anfield back in May when Bruno Fernandes gave Man Utd an early lead, but they went on to lose the game. Followers of the home team will demand a much better showing on Sunday.

United mauled by the Foxes

Manchester United’s decent start to the Premier League season is in danger of falling apart after the title challengers were hammered by Leicester City on the road last weekend. That result took their stats for the season to four wins and two draws against a couple of defeats with 16 goals scored and 10 conceded.

A tally of 14 points and three games without a win has dragged Man Utd down to sixth in the table, level on points with West Ham and Everton who are behind only on goal difference.

Many of the club’s fans and a collection of critics are already reaching for the panic button, suggesting manager Ole Gunnar Solskjaer’s job is, once again, in danger. The team may be down in sixth place and suffering a mini drop in form — which is a worry for all concerned — but it’s still very early in the season.

They are one point off the top four and five points behind current league leaders Chelsea with 30 games to play. No one behind the scenes at Old Trafford will be worried.

United have taken just one of the last nine points available to them in the Premier League, following defeats to Aston Villa and Leicester coming either side of a 1-1 draw at this venue when Everton came calling.

That defeat at the King Power last weekend was a tough one to take for Man Utd fans as the team took the lead thanks to a goal on 19 minutes from Greenwood but ended the match 4-2 losers. Vardy scored an important goal late in the game after United had drawn level at 2-2 with 82 minutes on the clock.

Liverpool are one off the pace

Liverpool have fared much better than their opponents in the Premier League so far and can be found just one point off the pace set by Chelsea. The Reds were disappointing last season when surrendering their title to Man City without any resistance but they appear to be approaching their best again and will be serious title challengers this season.

A competitive campaign awaits with Liverpool, Chelsea, Man City and Spurs holding claims to the throne. Jurgen Klopp’s men can prove they are in it for the long haul by beating Manchester United at Old Trafford.

The visitors arrive with their stats for the season so far showing five wins and three draws against no defeats, making them the only unbeaten team left in the top tier of English football and one of the only unbeaten sides in the major European divisions. It’s still far too early in the season to be talking about unbeaten seasons but there’s no doubt Liverpool have the players, class and experience to attempt it.

A win over Man Utd this weekend would show they are a real threat to Man City’s crown and would ensure any remaining doubters start to take them seriously.

Despite their unbeaten run, Liverpool have drawn two of their last three, taking five points from the nine up for grabs.

They suffered back to back draws against Brentford and Man City but did return to winning ways when last in league action, hammering Watford 5-0 in London a week ago.

That was a show of strength from the Reds and was followed with a 3-2 win in Spain over La Liga champions Atletico Madrid in the Champions League on Tuesday. This is a team playing with confidence at the minute.

Two teams that enter this match desperate to get a win over a major rival. Man Utd must land the three points to get theri title challenge back on track and lift themselves up the table while Liverpool know three points could send them top this weekend, continuing their proud unbeaten record with a major scalp.

Liverpool have scored 10 goals in three games this month, including five against Watford last weekend. Their attack is full of talent and looks good enough and confident enough to continue that form at Old Trafford.

The defence has conceded four goals in that same period which will encourage the attacking players of Man Utd. The fact Man Utd and Liverpool shared 11 goals in their last two meetings is sure to catch the eye of followers of the stats making their predictions for this one.

Man Utd are 2.99 to win this match at 22bet with Liverpool priced at 2.21 and the draw 3.76. There are also several specials available, including both teams to score, total goals, half time/full time and first goalscorer.

Make sure to bet on Man Utd v Liverpool with 22Bet!