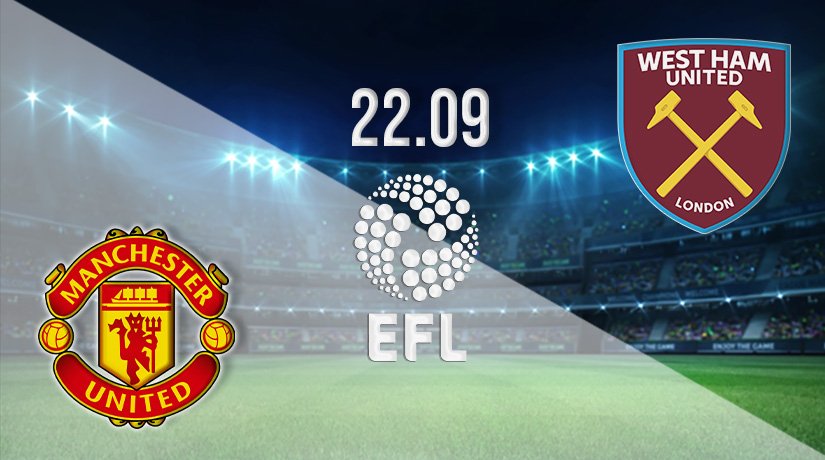 For the second time in three days, Manchester United and West Ham United clash. This time, the two clubs will be fighting for a place in the fourth round of the EFL Cup at Old Trafford.

It was a frantic end to the game at the London Stadium between West Ham and Manchester United on Sunday afternoon. Jesse Lingard scored against the side that he spent the second half of last season on loan at to give United a 2-1 lead in the 89th minute. However, that wasn’t the end of the drama, as the Hammers were awarded a penalty after a handball by Luke Shaw. However, David De Gea was to be the hero, as the Spanish keeper saved his first penalty since 2014 from Mark Noble to give United the points and maintain their excellent away record in the league since January 2020. The Hammers had taken the lead in the first half through a deflected Said Benrahma strike, before the inevitable Cristiano Ronaldo goal came just five minutes later to put United back on level terms.

Ronaldo may have considered himself very unlucky not to have been awarded at least one penalty before the one awarded to the Hammers, as he was hacked down by Kurt Zouma just after Lingard had given United a 2-1 lead. However, the Portuguese superstar is likely to be one of a number of players that are given a rest in midweek. Among the other first-team United stars that aren’t expected to feature include Paul Pogba, Bruno Fernandes and Raphael Varane. That could mean Edinson Cavani is given a start, while Anthony Martial and Donny van der Beek could also be called up to the first eleven. Michail Antonio wasn’t able to feature in the league meeting after being sent off in the previous league fixture, but could be recalled for the EFL Cup tie.

West Ham United haven’t beaten Manchester United at Old Trafford since the final day of the 2006-07 season. The two clubs have also met in domestic cup competitions on seven occasions since 2010, with West Ham winning on just one occasion.

Both United and West Ham will make changes ahead of big league fixtures at the weekend. United have excellent depth in their squad and are hard to oppose, and Cavani could mark his first start of the new season with a goal at Old Trafford.