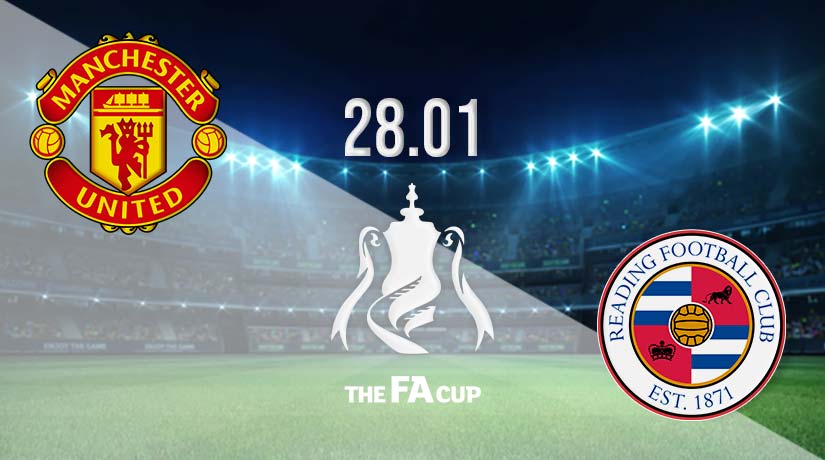 Manchester United have been in excellent form in cup competitions throughout this season, and they will be hoping to book their spot in the fifth round of the FA Cup on Saturday evening against Reading.

Manchester United will be targeting cup success this term in Erik ten Hag’s first season at Old Trafford. The FA Cup will rank high among the potential honours that the club look to win, and the chances of going deep are certainly enhanced by their fine showings in the EFL Cup. However, United crashed out at this stage of the FA Cup last season at the hands of Middlesbrough, and they will be keen to avoid the same fate against Reading.

The Red Devils were professional in the previous round of the FA Cup, as they eased to a dominant 3-1 win over Everton at Old Trafford. Antony scored a brilliant opener after four minutes, before an own goal put them back ahead. Marcus Rashford also added the gloss on the success with a third goal in the 97th minute from the penalty spot.

This was a welcome draw for Reading boss Paul Ince, as he returns to the club that he played over 200 times for. However, the Royals will be looking to reach the fifth round of the FA Cup for just the second time since 2016 this weekend. Their recent form has dipped slightly, as they have picked up just one win from their previous five.

However, one of their best performances of the season to this point came in the third round of the FA Cup, as they picked up a 2-0 win over Watford. Kevin Abrefa netted the opening goal on the stroke of half time, before Shane Long doubled the advantage deep into the second half.

Manchester United has lost just once in 22 previous meetings against Reading, with that loss coming in the FA Cup in January 1927. The Red Devils have an excellent recent record against the Royals, as they have won each of the previous six meetings, which includes a recent 2-0 win in the FA Cup in 2019.

Ten Hag will likely make changes for this fixture on Saturday, but United should still have far too much for their Championship rivals. We could see Wout Weghorst getting a first goal for the Red Devils in a straightforward 3-0 win.

Make sure to bet on Manchester United vs Reading with 22Bet!