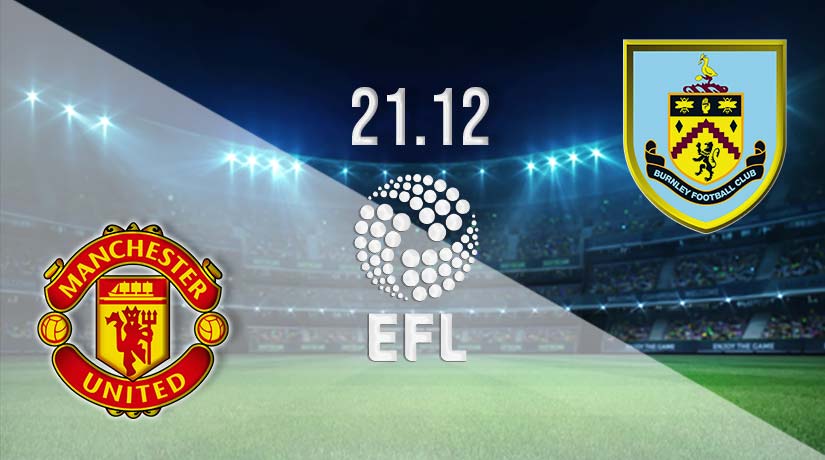 Domestic action resumes at Old Trafford on Wednesday, as Manchester United play their first game since the conclusion of the World Cup. The Red Devils will be in action in the round of 16 of the EFL Cup, as they welcome Burnley to the Theatre of Dreams.

It has been a relatively solid start to the season for Manchester United under Erik ten Hag, as the club sits fifth in the Premier League standings, and remain in all cup competitions. A trophy will rank high on the list of targets for the Dutchman this term, and success in the EFL Cup could be United’s best chance of a major honour this term. The Red Devils play their second game in the competition this term, as they came through their first test in the third round against Aston Villa.

The Red Devils twice went behind in that fixture against the team from the Midlands, but they twice forced their way back into the game. United eventually got over the line in the final 20 minutes, with Scott McTominay and Bruno Fernandes scoring the important goals in a 4-2 win at Old Trafford.

It has been a fine start to Vincent Kompany’s managerial career in England with Burnley, as the Clarets already look good value for an instant return to the Premier League. They currently sit top of the Championship standings, having lost just two of the 23 games that they have played this term. They also come into this fixture in good form, having won their previous three.

This will be Burnley’s third game in the EFL Cup this term, as they have already successfully navigated through the second and third round. In the previous round, they edged past Crawley Town, with Anass Zaroury scoring twice in the final eleven minutes to seal a 3-1 win.

Manchester United has won nine of their previous 16 matches against Burnely, with the Clarets picking up two victories. United are unbeaten in four against Burnley, but the previous meeting between the sides ended in a 1-1 draw in February 2022.

This won’t be an easy return to action for Manchester United, as Burnley have been in excellent form in the Championship. However, we still expect the Red Devils to get through this test, and a 2-0 win could be the most likely outcome.

Make sure to bet on Manchester United vs Burnley with 22Bet!