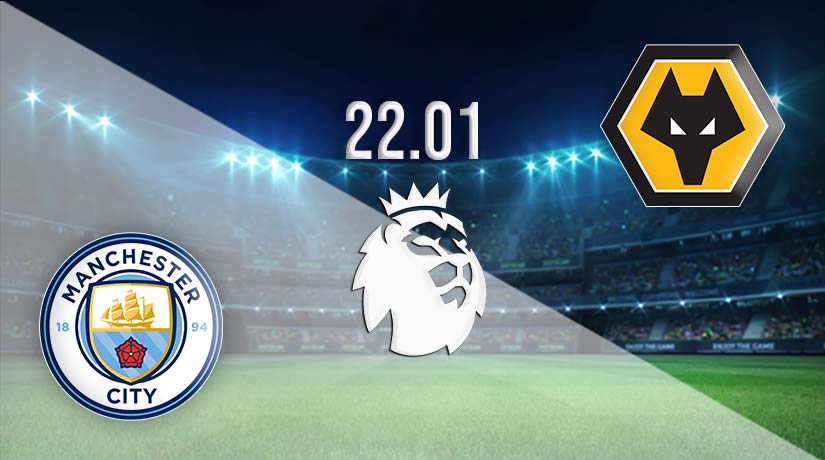 Manchester City will look to return to winning form and get their title charge back on track when they host a resurgent Wolves side at the Etihad Stadium on Sunday at 14:00 GMT.

Reeling from the defeat at the hands of their rivals Manchester United, City will be looking to bounce back immediately and put pressure on Arsenal, who will host Man United later on Sunday.

Wolves will be looking to expand the distance to the drop zone, which is currently just two points, by looking to cause an upset at the Etihad.

Erling Haaland has plundered 21 Premier League goals in 17 appearances for Man City this season. By all measures, the Norwegian has been a smashing success at the Etihad.

However, there are murmurs about his impact on this Man City machine under Guardiola. Haaland plays in a way that has forced the Spanish tactician to tweak his approach and tactics.

This was apparent in their meek surrender to their neighbors last time out at Old Trafford. Haaland had little impact in the game, and the Man United defense marshaled him well.

The big question is what role Haaland will continue to play for City as they look to inject new impetus into their season in pursuit of the Gunners.

Lopetegui has brought new focus into a Wolves side that had been circling the drain of relegation before the Spaniard was appointed.

Their recent performances highlight improved confidence in the side.

The focus here will be to top this turnaround off with a shock result away to the home of the champions.

Pep Guardiola faces injury fears ahead of welcoming Wolves to the Etihad. Defender Ruben Dias is a doubt with a thigh injury. Although the center-back is expected to be available ahead of the game, it remains to be seen whether Guardiola will throw him right back into action so soon.

John Stones is also a fitness doubt for this clash. Man City will have to conduct late tests and observe the player to assess whether he is ready for action.

Lopetegui will be without Francisco Tavares Oliveira, who went under the knife following injuries to his anterior cruciate and lateral collateral ligament.

Wolves are also without the services of Pedro Lomba Neto; the forward is sidelined with an ankle/foot injury. He will likely be back on the team in the first week of February.

Sasa Kalajdzic is definitely out of the game at the Etihad; he is nursing a knee injury. It is a long-term layoff that will take around 6 months, although a potential return date has not yet been set.

Lopetegui will also be without the services of Boubacar Traore; the midfielder will be out for an undisclosed period.

Guardiola will expect his side to make a quick start, control the game, dominate the opponent, and create chances. The game’s focus will be to score the first goal and dominate the visitors in front of the home fans.

Lopetegui will seek to have his side play a compact and disciplined game. They will play with a low bloc, squeeze the space, and limit the chances Man City can create.

Man City are expected to win the game and take all three points on offer.

Make sure to bet on Man City vs Wolverhampton with 22Bet!