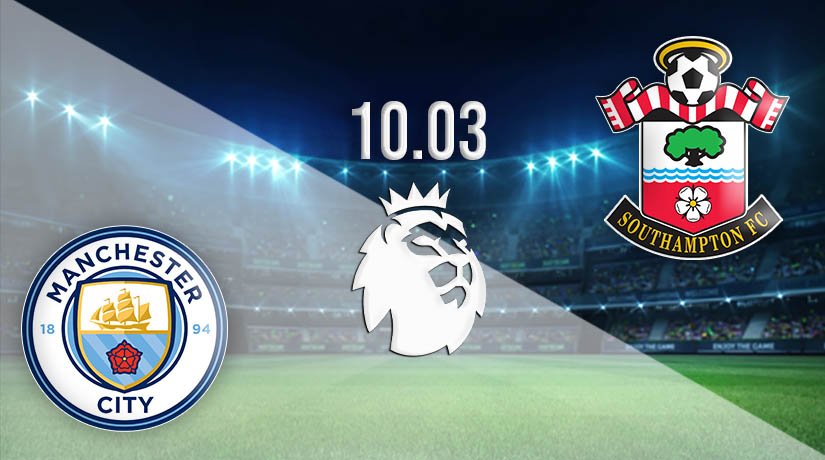 Manchester City’s search for history came to an end at the weekend, but they will be looking to avoid getting dragged back into a title challenge by picking up a win against Southampton on Wednesday night.

Pep Guardiola wasn’t too disappointed with his side’s defeat at the weekend, as he instead chose to focus on the incredible performances that his players had contributed to go 28 games without defeat in all competitions. That run of form means that the title race is effectively over, as there is an eleven-point difference between the two Manchester clubs, but Guardiola will be keen to get his side back to winning ways. A second successive defeat could mean that the title race could be back on, but that does look incredibly unlikely given the form that they have shown throughout the season. United beat City on Sunday afternoon in an entertaining derby. The most disappointing fact for City was that they never looked like scoring against the Red Devils, and could have easily lost by more. Guardiola will be hoping for a response from his side on Wednesday evening.

Southampton’s long wait for a win finally come to an end at the weekend, as they picked up a comfortable victory over Sheffield United. The Saints desperately needed the win to ease any worries that they could potentially get dragged into the relegation scrap this term, and it was an excellent controlled performance to give them the win. The score was only 2-0, but it could have been much more comfortable than that such was their dominance. James Ward-Prowse opened the scoring from the spot, before they managed to score an early goal in the second half through Che Adams to wrap up the win.

City have an excellent record in the league against the Saints, as they have picked up seven wins from eight. The only defeat that they have suffered against Southampton came towards the end of last season, as the Saints won 1-0 courtesy of an excellent long-range goal from Che Adams.

The Saints will still remember their last trip to Manchester, as they lost 9-0 to United just a couple of weeks ago. Their chances of a shock win will be hindered by the absence of Danny Ings, and we expect City to claim a big win to erase the memory of the defeat against the Red Devils on Sunday.