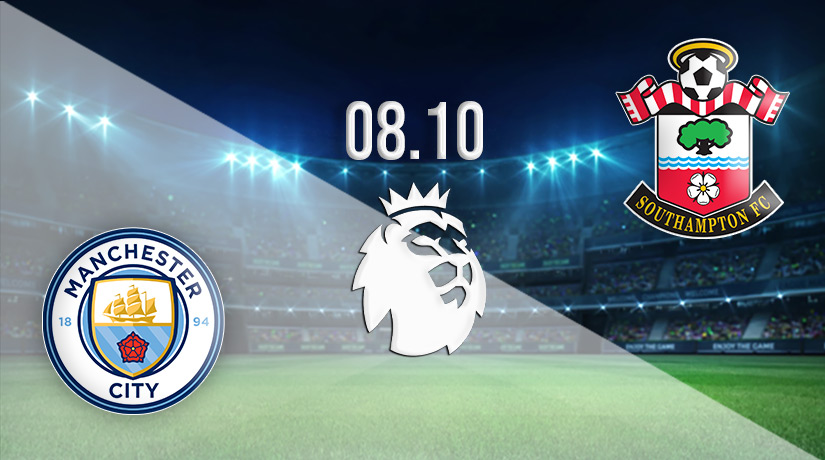 Southampton faces one of the most daunting challenges in European football this weekend, as Ralph Hassenhuttl takes his Saints side to the Etihad to take on free-scoring Manchester City. The home side could move to the top of the Premier League standings with victory on Saturday.

Manchester City has been electrifying at the Etihad Stadium throughout this season, and they will be looking to maintain that strong form on Saturday when Southampton is the visitors. City is unbeaten in eight games this season, winning on six occasions and picking up two draws.

However, despite their strong start, they still only sit second in the Premier League standings. But, this looks to be a straightforward fixture for the Etihad side based on how they have started the season at home, and all eyes will be on Erling Haaland, as the striker looks to net a staggering fourth hat-trick in nine Premier League fixtures. His third hat-trick was scored last weekend in a stunning 6-3 victory against Manchester United.

Southampton look to be in free-fall at present, as the Saints are drifting closer towards the drop zone in the Premier League standings. They have suffered three straight defeats in the English top-flight, and that leaves them just a point clear of the bottom three in the current standings.

A third defeat in a row was suffered last weekend, as the Saints were beaten 2-1 at home by Everton. Southampton led early in the second half in that fixture through Joe Aribo, but two goals in two minutes for the Toffees turned the game on its head.

Manchester City has a very strong record in this fixture, as they have been beaten on just one occasion in the previous 12 league fixtures. Southampton have managed to pick up just two points from their previous eleven visits to the Etihad Stadium, losing on nine occasions since 2004.

This should be one of the most straightforward games to predict this weekend. City look unstoppable at home, and we would expect them to pick up another big victory. We wouldn’t be surprised to see Erling Haaland net another hat-trick in the Premier League.