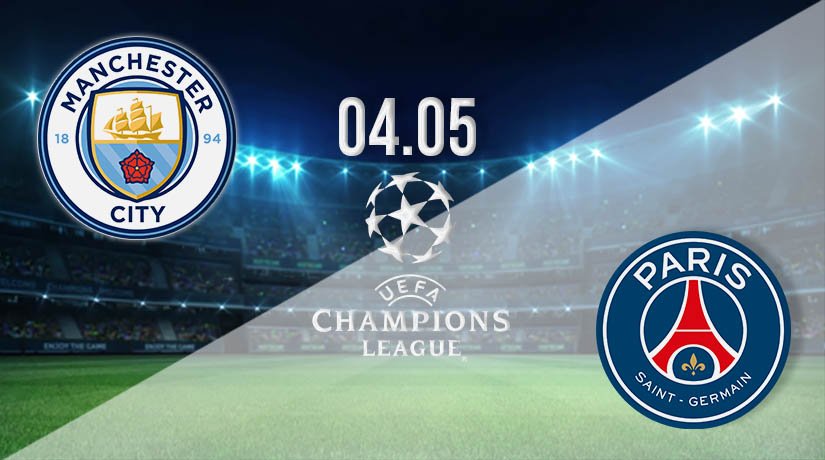 We are down to the last four in this season’s Champions League, and one match stands between the remaining teams and a place in the final later this month. It’s the all-or-nothing stage with the semi-final second leg matches played on Tuesday and Wednesday. Our team of football experts preview both games, starting with the action at the Etihad on Tuesday.

Man City enjoys a home advantage as well as a narrow aggregate lead. The English Premier League champions-elect take a 2-1 aggregate score into this one and now only have to see it out, defending their advantage. That’s easier said than done against the giants of French football and a side who have spent millions chasing their European dreams. There’s plenty more life left in this tie, that’s for sure.

Read on as we give our in-depth and impartial preview of Manchester City vs PSG. Our team alerts you to the form of both sides, the head-to-head scores and any trends worth making a note of before kick-off.

Manchester City fans take confidence from the head-to-head stats, which show their team has never lost to the Parisians in four previous games between the pair. The stats are an even split with two home wins and a pair of draws. Interestingly, those victories for the light blues have come in the last two games.

Man City claimed their first win over PSG in 2016 with a 1-0 home cheer. The winning goal that day was scored by Kevin de Bruyne midway through the second half. A narrow win but enough to see them sneak through that Champions League tie 3-2 on aggregate. The second win came just last week when leaving Paris with a crucial 2-1 away win in the first leg, a result that upset the predictions of many respected pundits.

PSG knew the pressure was on to make home advantage count, taking the lead to England, and they fired themselves into an early lead. Marquinhos was on target inside the opening 15 minutes of the game before de Bruyne fired the Premier League club level on 64. Mahrez then stunned the locals when putting his team ahead on 71 minutes before Gueye was sent off less than six minutes later.

The pressure is on PSG

PSG understand they are on the ropes and in danger of being knocked out in Manchester. They missed a glorious opportunity to make home advantage count, take a first-leg lead to England, and move into a solid early lead. However, it all then fell apart, and their opponents showed the French club’s weaknesses in defence.

They are, by no means, out of the tie yet, though and will arrive confident in their ability to turn things around in midweek. Score the first goal of this game, as they did last time, and things will become very interesting for them. The visitors know where they stand. They know they must score at least two goals. That’s certainly not beyond a team of PSG’s stature.

PSG have won each of their last four games in the French Ligue 1 and are in the middle of a title battle. They’ll want to fend off Lille and continue their domestic dominance but winning this competition remains their main focus this season. The board have spent millions in the pursuit of the Champions League. Is this their year?

Manchester City holds all the aces here, but if the home team go into this match and think the job is already done, happy to sit back and waste time, they could be in for a major upset. Thankfully, for followers of the locals and for armchair fans planning to watch the action live on TV from 20:00 GMT, it’s not in Pep Guardiola’s nature to sit back and protect a slender lead. They’ll want to stamp their authority on this match and make the final.

PSG are down, but they aren’t out. Their fate is in their own hands as the tie remains live and there to be won. Score the first goal and get it early enough, and we could see Man City begin to worry. The first goal in this contest is critical, but if PSG does go ahead, they will feel good enough to score more.

Looking through the stats attached to this fixture, we note that both teams have found the net in two of the last three meetings of Man City and PSG. The previous three encounters have given us a total of eight goals, and that’s a trend football fans will want to see continue. It’s also worth noting that Belgian attacker de Bruyne has scored two goals in his last two games against Man City. He will be key to any success his employers have again here, and there may be some fans willing to support him to continue his form and score again.

The pre-match betting available at 22bet for this Champions League clash on Wednesday makes for exciting reading. There are no surprises to see Man City are favourites, but there will be attention on the visitors at an excellent price. Remember, PSG could win the match but still go out of the competition. There’s so much at stake here.

The current match winner betting odds has Man City at 1.648 with PSG trading at 4.66 while you can back the draw at 4.32. As well as the betting to win the game, dozens of other options are available to members of 22bet, including to qualify, first goalscorer, handicap, both teams to score and half time/full time.

Many pre-match betting markets remain available to bet on throughout the game, thanks to in-play betting. A bet is possible in the final few minutes of play, just as it was in the opening exchanges.

Make sure to bet on Man City vs PSG with 22Bet!