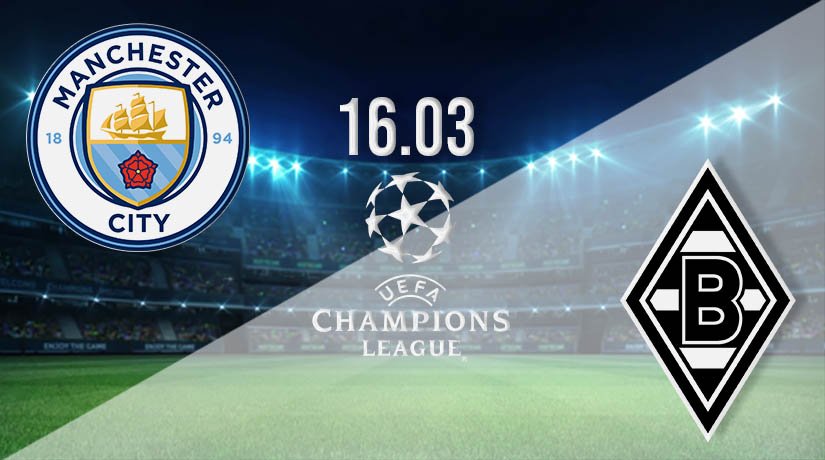 It’s the Champions League Round of 16 2nd leg ties this midweek and Manchester City enjoy a 2-0 advantage over Borussia Monchengladbach. The Cityzens hold the home advantage and are expected to progress to the next round but know they can take nothing for granted in this tournament. The first goal will be crucial on Tuesday.

These clubs have met seven times in the past with Man City dominating the head-to-head scores. The locals boast four victories with only one for Borussia and the other two games ending in a draw. Will that trend continue in midweek or can the Bundesliga outfit stun the Premier League leaders?

Manchester City are going great guns in both the English Premier League and the Champions League. They look certain to win the domestic title back from Liverpool in the coming weeks. If they are to be crowned champions of English football once again it will be nothing short of what they deserve. City have been solid for much of the campaign, opening a 14-point gap over Manchester United in second place. It’s just a case of getting it across the line.

The locals have won four of their last five games domestically but did lose the spare in a Manchester Derby defeat. The Red Devils scored a stunning 2-0 win at this venue earlier this month thanks to goals from Bruno Fernandes and Shaw, the former netting from the penalty spot inside two minutes. Man City did respond to hammer Southampton 5-2 and Fulham 3-0.

Borussia Monchengladbach would’ve been cursing their luck after drawing one of the tournament’s top sides and favourites to lift the trophy. The Germans knew if they were to stand any chance of causing an upset, they had to make their home advantage count in the first leg and grab a win while keeping a clean sheet. They were able to do neither, losing 2-0. That result means they must win in England by two goals or more.

That challenge is certainly not an easy one but if Monchengladbach do score first, they could put their hosts under pressure. Open the scoring and the tie becomes competitive. Lose the first goal and it’s over for them. This will be a fascinating game for armchair fans to follow live on television.

Manchester City have one foot in the next round and will feel they already have the measure of their German opponents. The home team can be fragile in defence at times, but they have an embarrassment of riches in attack and that could be enough to fire them through. The Cityzens will be eager to show they are serious about challenging for the trophy this season.

The pre-match betting at 22bet has Man City priced at 1.22 with supporters of Borussia Monchengladbach getting their hands on 13. The draw is 6.35.

Make sure to bet on Man City vs Monchengladbach with 22Bet!