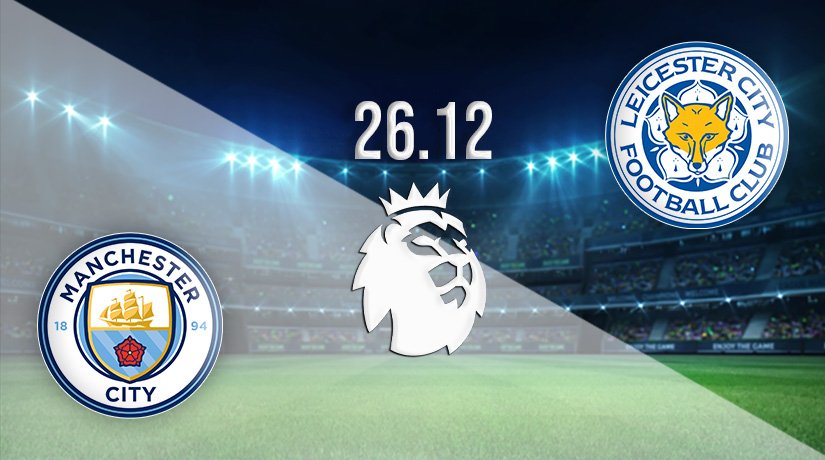 The reigning champions and league leaders Manchester City welcome Leicester City to the Etihad Stadium for the Boxing Day fixture at 16:00 GMT.

Guardiola’s side will be looking to maintain their one point lead ahead of Liverpool that are hot on their heels.

Can Man City Keep their Fine Form Going through the Busy Festive Season?

Guardiola’s side have won seven straight matches, collecting 21 points, which has propelled them to the top of the table.

With a three-horse-race threatening to be a two-horse-race (with Chelsea losing ground on the top two), the Citizens have stepped on the gas impressively at the right time.

Guardiola will be looking to continue this run into the New Year and keep city at the top of the table at an important juncture of the season.

Can Leicester Pull a Boxing Day Giant Killing at the Etihad?

The Boxing Day fixtures have traditionally thrown up surprise results, and even downright shocking ones.

Leicester will hope for this tradition to be re-enacted on Sunday as they face the in-form man City side that are looking to retain their title.

Brendan Rodgers’ side have the quality to trouble anyone in the League, but with City playing in the current level, they can be unstoppable at the Etihad.

Man City have a perfect record in the last rounds of fixtures in the league. They have won all six, scored 18 goals, and conceded only 3. This means that Guardiola’s side have completed the run of six wins with a +15 goal difference.

Their home form is not perfect in the six rounds of fixture; this is because they lost 2-0 to Crystal Palace. However, they have responded impressively to this defeat by winning everything in the league after that.

Leicester City’s form in their last six matches has been stop-start at best. The Foxes have collected 8 points from the available 18. In this run, Rodgers’ side have won two, drawn two, and lost two.

Away from home, the Foxes have won only one in their last six attempts. In this run, Leicester have lost two and drawn three.

This record underscores the scale and scope of the task ahead of Leicester on Boxing Day, which is to halt the impressive Man City machine that ticking along nicely on current form.

Pep Guardiola has an almost-full squad from which to choose the team to face Leicester City on Boxing Day. Only Ferran Torres is missing from action, with the 21-year-old Spaniard having fractured his foot and been side-lined since October 14th.

Benjamin Mendy and Kayky are also suspended and ineligible respectively. Apart from these absences, Guardiola will be happy that his early-season injuries have been resolved at the right time, during the busy festive season.

Brendan Rodgers has some crucial players missing from the first team at the moment. Wesley Fofana is side-lined for the long-term with a fractured fibula.

Nampalys Mendy is also missing with a groin injury while Ricardo Pereira has been side-lined with a hamstring injury. Leicester also have James Justin missing with an injury to his cruciate ligament.

Given the players at Man City’s disposal, it is very had to miss any one player. But that is exactly what happened when De Bruyne was injured early this season.

His comeback has been timely, and it has coincided with Guardiola’s side hitting the best run of form of the season so far.

This shows his importance to the team’s play also his leadership and inspirational role of this City side.

Tielemans is the engine that runs the Leicester City midfield. Alongside Ndidi, Tielemans can press high and play as a box-to-box players without overexposing the team. He also has an eye for goal, which is crucial to Leicester’s ability to win matches.

Expect Man City to take charge of possession and boss the midfield areas. Leicester will be forced to cede territories across the pitch and defend their box for large chunks of the match.

This will give Man City a massive advantage and the chance to take all three points from this fixture.

Make sure to bet on Man City vs Leicester City with 22Bet!