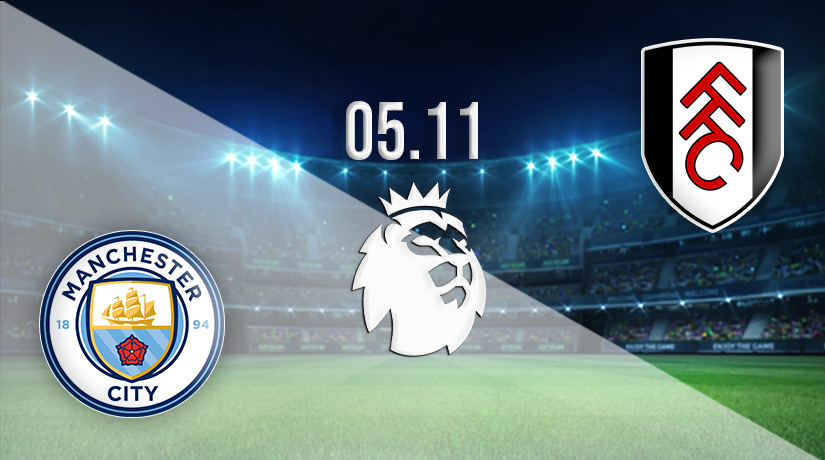 Manchester City will be looking to move back to the top of the Premier League standings on Saturday, as they welcome one of the surprise packages in the English top-flight to the Etihad. City will be looking for a third straight win, while Fulham will be hoping to stretch their unbeaten run to five.

Manchester City has enjoyed yet another strong start to the Premier League season, and despite currently sitting second in the standings, many experts believe that they will still run away with the title this term. City come into this fixture playing some excellent football, as they have picked up victories in each of their previous two games.

No team in the Premier League has scored more goals than City this term, while they also boast the second best defensive record alongside Arsenal. Pep Guardiola’s side won for the second game running in the Premier League last weekend, as they secured a 1-0 away win against Leicester City. City were made to work very hard for that victory, with the only goal in the game being scored by Kevin De Bruyne.

Many expected Fulham to stand their best chance of Premier League survival for many years this term, as the Cottagers invested extremely well over the summer months. The start of the season has backed up those claims, as they sit seventh in the standings, and they could move up to sixth with a shock win on the road against City.

Fulham has been in fine form over recent weeks, and they come into this fixture looking to stretch their unbeaten record in the Premier League to five games. However, they will be looking for a response after playing out a bore 0-0 draw in their previous fixture against Everton.

Manchester City has an excellent record in this fixture, as they have won their previous eleven matches against Fulham in all competitions. In the Premier League, City has won the previous five without conceding a goal. The latest meeting between the sides came in the FA Cup last season, with City running out 4-1 winners at the Etihad.

This should be one of the easier matches to predict this weekend, as City boast an incredible record in this fixture. We struggle to see past the home side taking the points, but we could see both teams finding the net.