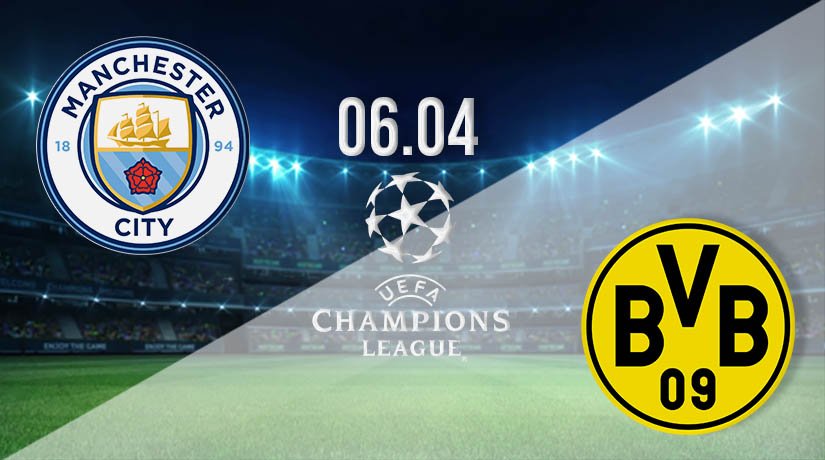 Manchester City holds the home advantage over Bundesliga side Borussia Dortmund on Tuesday evening in this Champions League quarter-final. Football fans can follow the action live on TV from 20:00 GMT and with both teams pushing for the advantage in this tie, a tense evening is expected.

The history books show these teams have met only twice before, and Manchester City has yet to record a win. The first clash ended in a 1-1 draw in England back in 2012 before Dortmund claimed a 1-0 victory in Germany two months later. Will the Cityzens get off the mark at the third time of asking?

Man City back on top

Man City are back on top of English football and are running down the clock until they secure the Premier League title, wrestling it back from Liverpool at the first time of asking. It was a slow start to the season, but once Pep Guardiola’s side hit their stride, there was no stopping them. They will win the title by a comfortable margin, leaving the chasing pack, including Man Utd, choking in their dust.

Man City is so far in front domestically, allowing them to focus on winning the Champions League. They started the season as favourites but have tried and failed to conquer Europe many times. Is this the year they end the wait? Fans certainly hope so, and they’ll want to see their team get off to a strong start in this tie.

Borussia Dortmund has been performing below par in the German Bundesliga this season. They sit fifth in the table and have won only one of their last five league games. The visitors are in danger of missing out on a top-four finish and securing their place in next season’s Champions League. The race is on to break into the top-four, but that won’t distract the players from this task.

Dortmund is without a win in their last two league matches, but they did enjoy an impressive victory over Sevilla in the previous round of this competition. That match ended in a 5-4 win for Dortmund after an entertaining 2-2 draw in Germany. The visitors know they must tighten their defence if they are to have any chance of making it through to the semi-finals at the expense of Man City.

Man City are the home side and the team with the better form of the two. Confidence is high in the camp, and they’ll want to put this tie to bed in England, ensuring there is no need to win in Germany.

Dortmund must improve their defence if they are to leave Manchester with any chance of making it through to the next round. The visitors would see a draw as a positive result.

Make sure to bet on Man City vs Borussia Dortmund with 22Bet!