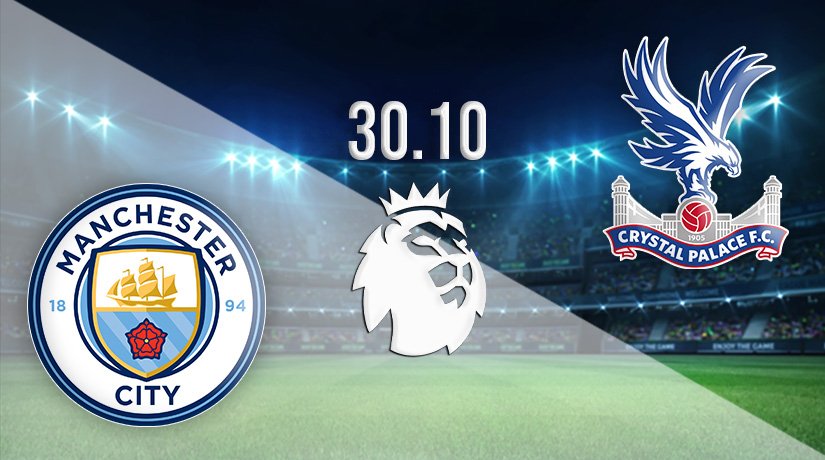 Manchester will hope to continue their majestic start to the season when they host Crystal Palace at the Etihad Stadium on Saturday at 15:00 GMT.

Two points behind the early pacesetters Chelsea, and one point behind Liverpool, Guardiola’s men will seek to apply pressure on the teams above them and capitalize in case of any slip-ups.

Life under Patrick Vieira has been tough so far for Crystal Palace. Just five points from safety, they need to get into the winning habit after picking up three points only once in that surprise victory against Tottenham.

Manchester City have dropped two points at home once already this season, against Southampton, when they were heavy favorites to pick up three points.

In that match, the Citizens attempted 16 shots, with only one on target. The stalemate also came with 64% possession, displaying an unusual lack of precision in their attack.

This result will serve as a reminder that when complacency creeps into their game, good as they may be, they may end up dropping precious points into what is shaping up to be a very ultra-competitive top of the table.

Replacing Roy Hodgson at Selhurst Park was always going to be tough. But Patrick Vieira has set about changing the Crystal Palace philosophy of playing by introducing a more expansive style of play even as they seek to remain solid at the back.

The results indicate that Palace are very much in a transition. Even though they have had impressive performances, they have only managed one win, six draws, and two defeats.

Although the team shows promise, Vieira knows that the Eagles have to start picking points, and soon, if they are to avoid being pulled into the relegation dogfight.

Guardiola’s men have won three, drawn one, and lost one in their last five outings in all competitions. In the process, they have thirteen goals and conceded six.

Man City’s last five matches at the Etihad Stadium have resulted in four wins and one draw. This shows that the Citizens are in a five groove of form, and they hard drop points at home.

In their last five outings, Crystal Palace have managed four draws and one defeat. In this run, the Eagles have scored six goals and conceded nine. Away from Selhurst Park, Vieira’s men have picked up two draws and lost three matches.

In the last five outings pitting these two sides, Man City have enjoyed 4 wins, one has ended in a draw, and Palace have not won any. In this run, Man City have scored 13 goals and conceded just 3.

The Citizens will be missing Ferran Torres, who is out with a foot fracture, suffered while playing for Spain during the International break, with an unknown return date.

Raheem Sterling did not feature against Brighton because of a back problem and will be a doubt to face Crystal Palace.

Benjamin Mendy is suspended to allow for further investigation and police action. This means he is unavailable for selection for the foreseeable future.

For Palace, attacking midfielder Eberechi Eze is a doubt given he is only coming back from a long layoff with an Achilles injury.

Nathan Ferguson is also out for the Eagles with an Achilles injury that he has had since his move from West Bromwich Albion.

Talisman Wilfried Zaha missed the Newcastle match because of illness. He will be a doubt to feature against Man City but has the best chance of featuring among the absentees for Vieira.

Phil Foden has been imperious for Man City that it has been hard for Guardiola to drop him.

His energy, skill with the ball, penetration, intelligence, and pressing all endear him to Guardiola and his approach to football.

He has added a cutting edge to his game this season, which has resulted in goals and assists, making him one of the most influential Man City players alongside Kevin De Bruyne and Bernardo Silva.

He is growing in stature and he is likely to play a starring role as City seeks to continue winning ways at the Etihad Stadium against the Eagles.

Conor Gallagher’s all-action approach to football epitomizes what Patrick Vieira is trying to implement at Crystal Palace. He wants a team that is proactive and plays on the front foot without losing their defensive cohesiveness.

On loan from Chelsea, Gallagher is showing his parent club that he can play in the English Premier League.

He is establishing himself as one of the most important members of the Patrick Vieira changes at Palace.

Going against one of the best ball-playing teams in the world, Conor Gallagher will be crucial in bringing the energy, closing down, and bolstering defensive solidity to prevent City from having total control of the midfield.

Manchester City are getting into the groove. There is no secret they have the better players and manager in this fixture.

But Southampton showed that when they can drop levels and their intensity, it is not beyond any well-organized team taking points off them at the Etihad.

Expect Manchester City and Guardiola to be up for this one and to win all three points.

Make sure to bet on Manchester City vs Crystal Palace with 22Bet!