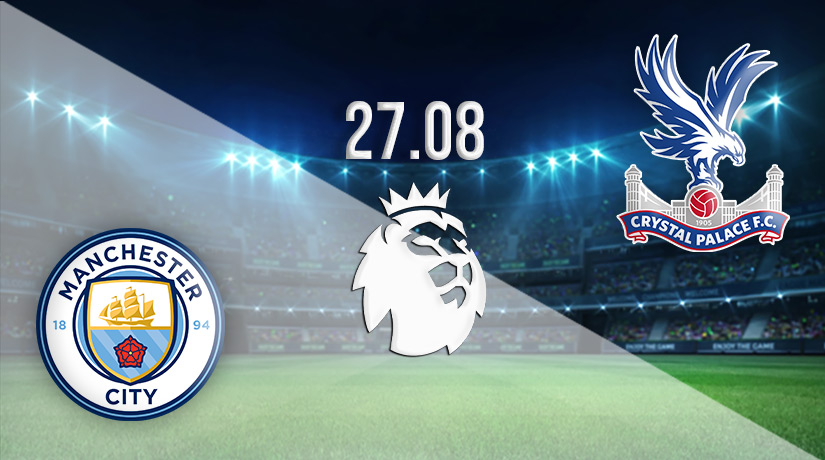 Manchester City will be looking to bounce back from their thrilling 3-3 draw against Newcastle last week when they host Crystal Palace on Saturday at the Etihad Stadium at 15:00 GMT.

Can Man City Bounce Back to Winning Ways?

Man City were stunned by Newcastle’s direct running and intensity in their last outing at St. James’ Park. They will be looking to be prepared to handle better the counter-attacking threat that Crystal palace will pose on Saturday.

Guardiola will especially be wary of the Crystal Palace threat on the counter and in transitions. However, he will insist on his charges maintaining their patient build-up and possession and use their crisp passing to create and take chances.

After dropping two points last time out, Man City will be keen to take all three in the clash with Palace.

Can Crystal Palace Upset the Champions at the Etihad?

After getting their first win of the season in the impressive 3-1 triumph over Aston Villa, Patrick Vieira will be looking to make it two wins on the trot. However, he will know that Etihad is a very difficult hunting ground for points in the league.

Having won at the Etihad last season, Palace will back themselves to go there and repeat the trick. The focus will be on compactness to thwart a City attack that has been bolstered by the arrival of Erling Haaland.

Palace will look to stick with their game plan of frustrating Guardiola’s side and catching them on the counter-attack using the pace of Wilfred Zaha.

Guardiola’s side began the season with an impressive 2-0 win away at the London Stadium against West Ham. It was a perfect away day performance scoring two goals and keeping a clean sheet, with new-signing Erling Haaland notching both goals.

In their first home match of the season, Man City hammered Bournemouth 4-0 in a dominant performance.

In the third match, Guardiola’s side had to come back to claim a thrilling 3-3 draw against Newcastle at St. James’ Park.

Having collected seven points out of the available nine, Man City will be looking to bolster their consistency, starting with Bournemouth on Saturday, as they seek to set the pace at the top of the table and lay the foundation for a league challenge.

Patrick Vieira’s men started the season with a home loss against an impressive and battling Arsenal. Although they dropped three points, Palace performed admirably against Arsenal.

Their next match was away to Liverpool, and they managed to get a point from Anfield, which bolstered their confidence heading into the Aston Villa match.

Last week, they were impressive in coming back from conceding an early goal in the 5th minute by Ollie Watkins to claim all three points through a Wilfried Zaha brace and a goal by Jean-Philippe Mateta.

Vieira will be looking for his side to retain their intensity and performance levels in the clash with Man City to bolster their chances of taking something from the Etihad.

Although he is still acclimatizing into life in the English Premier League, Erling Haaland has shown signs of settling in well into this Man City squad and team.

The 22-year-old has three goals in three outings for Man City. His presence in the City attack has added another layer to the danger they pose to their opponents.

Haaland will be crucial for City as they look to break down Palace’s stubborn defensive structure.

The 29-year-old has had a storming start to the new season for Palace, grabbing three goals in three outings for Crystal Palace so far this season.

The talisman has been crucial in leading the line for Palace and posing the threat they need in their attack through his pace, link-up, and dribbling.

Zaha will be important for Patrick Vieira’s side because they will be put under pressure from City’s suffocating possession; the Ivorian will offer an option on the counter-attack, and his dribbling will help bring others into play.

Man City will dominate the ball and territory as they use their patient build-up and passing to create chances in the final third.

Palace will focus on compactness and smothering any space that City attackers might exploit. They will also rely on set pieces and counter-attacks to pose a threat to the Man City backline.

Man City are favorites to win the match, get back to winning ways, and take all the three points.

Make sure to bet on Man City vs Crystal Palace with 22Bet!