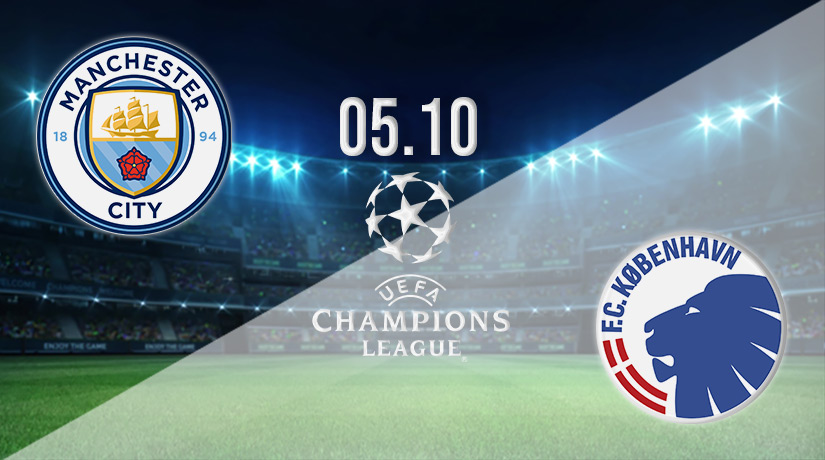 Manchester City will be looking for a third win in three games in the Champions League this season on Wednesday. They will welcome Copenhagen to the Etihad Stadium, as the Danish side are still looking for their first victory in the competition this season.

Manchester City have looked very strong over the early weeks of the Champions League this season. They comfortably sit top of the Group G standings at this early stage, as they have picked up victories in both of the two matches that they have played.

In total, they have scored six goals in the competition already this season, and they have allowed just one. They sit three points clear of Borussia Dortmund, and victory on Wednesday could see them put one foot in the next round of the Champions League this term. City were forced to produce a late show in their previous fixture, as they came back from a goal down to beat Dortmund. Both goals were scored in the final ten minutes, with John Stones and Erling Haaland finding the net.

Copenhagen may not have expected to reach the knockout rounds of the Champions League this term, which meant a third-place finish and a return to the Europa League would have been their goal. They look on course to achieve that, as they sit third in the standings at this stage.

This is the first time that these two sides have clashed since they last met in the UEFA Cup in the 2008-09 season. On that occasion, City progressed after winning the second let between the sides 2-1. Copenhagen has scored just one goal in six previous meetings against sides from England.

Manchester City’s unbeaten 21 match run at home in the Champions League looks pretty safe coming into this match. We struggle to see past the English champions, and we could see them picking up a routine 4-0 victory. Once again, Haaland could get himself on the scoresheet.

Make sure to bet on Manchester City vs Copenhagen with 22Bet!