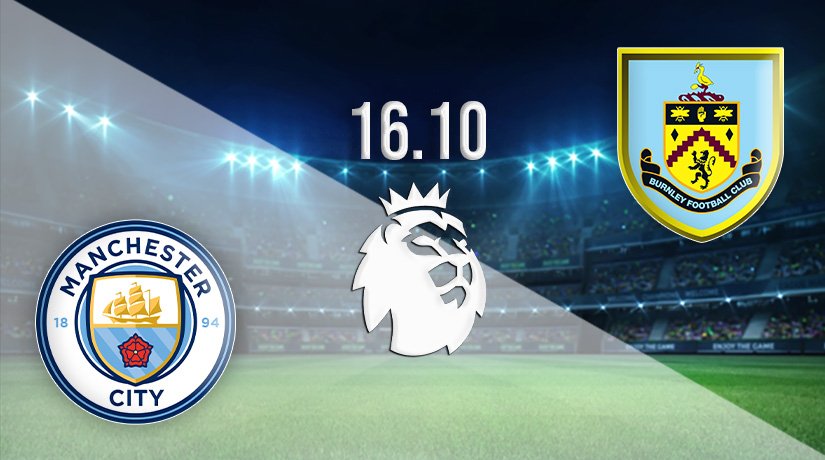 Manchester City will be back at the Etihad this weekend, as they look to go top of the Premier League. A victory over Burnley could be enough to achieve that, while the Clarets are still looking for a first win of the new season.

Premier League fixtures don’t come more daunting than this one, as Manchester City will have the bit between their teeth on Saturday, as they welcome Burnley to the Etihad. City have been in excellent form since losing on the opening day, while the Clarets are still searching for their first league win of the campaign.

Pep Guardiola will likely be appeased with his team’s start to the new Premier League season, as City are currently third in the table, having picked up 14 points from the seven games that they have played. City have won three of their last five games in the Premier League, but are winless in their previous two in all competitions.

City were beaten by PSG in the Champions League before their most recent league fixture, which saw them play out a thrilling 2-2 draw against Liverpool. Guardiola’s side twice came from behind to take the point from that fixture, with Phil Foden and Kevin De Bruyne scoring the goals.

Sean Dyche will onto be too aware of the size of the challenge that his side faces this weekend. The Clarets are yet to win in seven league fixtures this season, and currently sit in the bottom three after picking up just three draws.

They have at least ended their run of defeats in recent weeks, as they have picked up back-to-back draws against Leicester City and Norwich. However, that recent draw against the Canaries shows just how much trouble the Clarets could be in this season.

Burnley haven’t beaten Manchester City since 2015. That means that City are unbeaten in their last 13 against Burnley in all competitions, winning 12 times during this run. City have won the last four fixtures that they have played against Burnley without conceding a goal.

It would be hard to make a case for any other result in this fixture than a win for City. Guardiola’s side have won this fixture 5-0 twice in the past three, and we expect that to be the scoreline once again this weekend.

Make sure to bet on Manchester City vs Burnley with 22Bet!