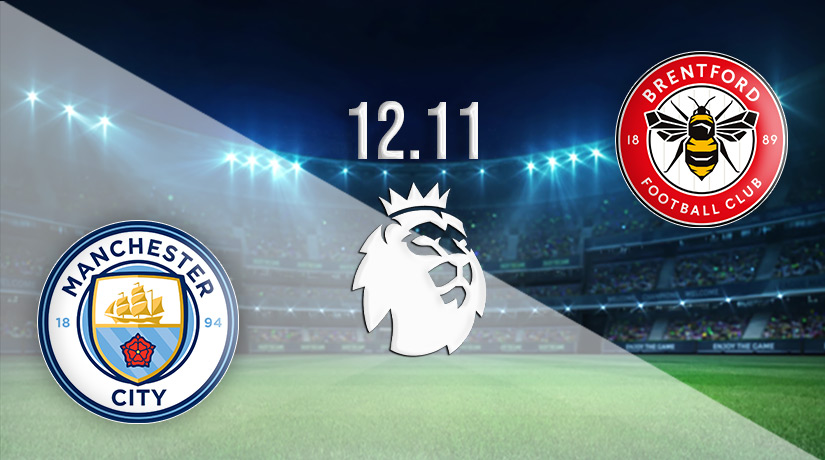 Defending champions, and second-placed, Man City, will continue the defence of their title when they host 11th-placed Brentford at the Etihad Stadium, on Saturday in the lunchtime kick-off at 13:30 GMT. Man City will be going for their fourth consecutive win whereas Brentford will be looking for their first win in four.

Man City’s title defence is being powered by Erling Haaland’s form and goal-scoring exploits. The Norwegian has notched 18 goals in the league, which is almost half of the 39 goals Guardiola’s side have scored so far this term.

Pep Guardiola’s side are the highest scorers in the league this season with 39 goals, which means that their form so far this season is dependent on their attacking effectiveness.

The Spanish tactician will expect Haaland to continue playing a leading role in opening up defences and scoring goals to win his side the points they need to defend their title. This will remain the case when man City host Brentford on Saturday, as they look to get the 3 points to remain in touch or even leapfrog Arsenal to the top of the table.

Thomas Frank and his charges will be looking to end their current four-match run without a triumph when they travel to face title chasers Man City at the Etihad. Brentford have drawn three times and lost once in their last four league outings.

Frank will be disappointed that his men have not turned the draws they have had into draws. However, he will be satisfied with the character of the team this season, which means they have continued to collect points even when they are not playing at their best in the league.

The Saturday clash with Man City will be a massive one for Frank and his charges because they are coming up against one of the most in-form teams of the league and the reigning champions in England. Discipline, energy, and tempo will be essential for the perfect performance they need to take anything from the Etihad.

Kalvin Phillips is getting close to fitness; however, the clash against Brentford might come too soon for the England international. Man City will also be without right-back Kyle Walker who is sidelined with a groin injury. The 32-year-old England international has been on the sidelines since September 29th. Joao Cancelo will also miss after receiving a red card in the clash with Fulham.  Other than these three, Guardiola will have the full complement of Man City from which to choose ahead of hosting Brentford.

Thomas Frank will be without the services of left-back Aaron Hickey because he is sidelined with an ankle injury. The 20-year-old has been missing in action since October 10th, and he is expected to be back available for selection around 31st December, at the tail end of this year.

Expect Man City to take control of proceedings at the Etihad with patient possession, crisp passing, and dictate the tempo of the match from midfield.

Expect Brentford to be on the defensive for large swathes of the clash. They will rely heavily on counter-attacks and set pieces to create goal-scoring chances against Man City.

Guardiola’s Man City will have the edge in this match. They will dominate and win the three points by scoring a few goals in the process.

Make sure to bet on Man City vs Brentford with 22Bet!