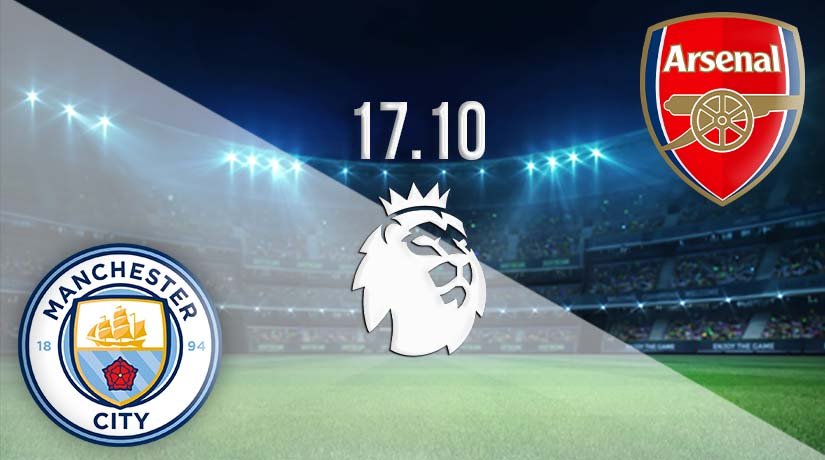 Followers of English football welcome the Premier League’s return this weekend and there are some exciting matches on the schedule. Manchester City welcome Arsenal to the Etihad Stadium from 5:30 pm for a grudge match that will be played out live on TV as the Cityzens aim to bolster their title challenge with a home win.

These sides met three times last season on league and FA Cup action with Man City winning both Premier League matches but the Gunners claiming a surprise victory at Wembley in the FA Cup. The Cityzens eased to a 3-0 victory when last hosting Arsenal back in June, claiming the points thanks to goals from Sterling, De Bruyne and Foden. Will we see more of the same in this renewal?

Manchester City went into this season eager to wrestle the crown back from Liverpool, but they have been far from convincing during the opening exchanges and start this weekend down in 14th place. The home team have won one, lost one and drew the spare, scoring six goals but conceding seven in their three games played so far. It certainly wasn’t the start fans had hoped for, but the club does have a game in hand over most of the teams above them in the charts.

The locals were last seen in action suffering a disappointing draw at the home of newly-promoted Leeds United before the international break. It was a match Man City were expected to win and they took the lead through Sterling early in the contest but the Peacocks remained competitive and battled back to snatch a point thanks to a strike from Rodrigo scored on the hour mark. There’s plenty of improvement required from this Man City team if they are to climb the table.

Arsenal have enjoyed a better start to the season than their opponents and can be found in fourth place with nine points on the board. The Gunners have won three of their first four league matches but lost the spare, scoring eight goals and conceding five so far. A top-four finish will be manager Mikel Arteta’s aim this season but there’s no reason why Arsenal can’t build on their strong start and challenge for the trophy.

The visitors suffered defeat at Anfield in their final match of September when going down 3-1 against the Reds. They bounced back to winning ways at the first time of asking with a hard-fought 2-1 win over Sheffield United at the Emirates Stadium last time out. McGoldrick found the net for the beaten side but that came after Saka and Pepe notched a quickfire double to put their employers in a commanding position.

The pressure is on Man City to make home advantage count and start to climb the table towards the prize places. Confidence is high in the Arsenal camp and they’ll be eager to continue their winning ways and send out a message of intent.

Make sure to bet on Man City vs Arsenal with 22Bet!