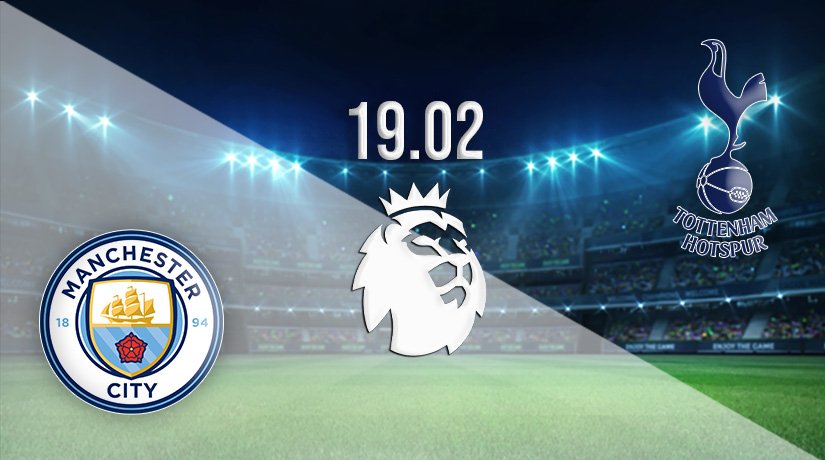 The English Premier League is back with a bang following a midweek of UEFA Champions League and Europa League football. Last season’s champions and this year’s league leaders are in action at the Etihad Stadium where Manchester City take on Tottenham Hotspur from 17:30 GMT on Saturday. This is the final match of eight from the top league of English football, and it promises to live up to the pre-game hype. There’s all to play for here, and a capacity crowd will be boosted by the millions watching this game live on television.

Man City started the campaign as the pundits’ pick to successfully defend their title and make it two in a row. They hit the front early before putting their foot on the accelerator during the festive period. They now enjoy a comfortable advantage over Liverpool and the chasing pack, with many English football fans believing it’s a matter of when Man City will win the league, rather than if they will win the league. Across the hall, Spurs sit in their dressing room, knowing the best they can hope for this season is a top-four finish.

This will be the second match of the season involving these teams after they clashed in London on week one. Man City were the favourites to win the three points that day but suffered an early setback with Spurs claiming the points courtesy of a 1-0 final score. It was close, and Spurs had to make do without long-term City target Harry Kane, but they got the win and left fully deserving of the three points gained. Will Man City use the home advantage to get their revenge and move a step closer to the title, or can Spurs do the double?

Man City sit on top of the Premier League, and they are well clear of Liverpool in second. Football fans know they can never take anything for granted, especially in this division. Still, it’s becoming increasingly more difficult to imagine anything other than a Man City win this season. They are already nine points clear of Liverpool, who are finding their form but appear to have left their challenge a little too late in the day to worry City. The hosts are in complete control, and their form shows they are capable of holding their position.

The locals line up for this match with their stats for the season showing 20 wins and three draws against two defeats with 61 goals scored and 14 conceded. That is the kind of form you would expect from a champion that is serious about making it two in a row. They have won four of their last five, drawing the spare, and taken each of the last six points available to them. They have played two league games this month, scoring six goals and conceding none. Confidence is sky-high in the camp as they continue at full speed.

Man City opened the month of February with a simple 4-1 home win over Championship side Fulham in the FA Cup at this venue, then returned to league action with a 2-0 home cheer over Brentford. They stung the Bees with goals from Mahrez and De Bruyne, winning without ever hitting top gear. Man City was last in action beating Norwich City 4-0 away from home in the league last Saturday with three of those goals coming from Sterling, the other scored by Foden. It was a reminder that Sterling remains a threat and an important player for the champions.

Spurs have fallen off the pace

Despite beating the champions in the opening match of the season, things haven’t gone according to plan for Tottenham this term, and they have fallen off the pace. The Londoners are already well out of the title race, and the best they can hope for this season is a European finish. A spot in the Champions League thanks to a fourth-place finish in the Premier League is now their main aim, but they are involved in a battle with five other teams to end fourth. That one is certain to go right down to the wire with the likes of Man Utd, Arsenal and West Ham in the picture.

If we take our clues from the form shown so far this season and go with Man City, Liverpool, and Chelsea to occupy three of the top four spots, it leaves the others battling it out for fourth and that one remaining Champions League slot. The pressure is on, and it’s already obvious to see his Spurs side are having problems dealing with it. They have 36 points on the board, which is five fewer than West Ham in fourth, but Spurs have three games in hand over their city rivals.

The visitors make the trip from London to Manchester on the back of three league defeats on the bounce. That run has dragged them down the table, and they are now behind Wolverhampton Wanderers in the ladder. We last saw Spurs in action when suffering that third loss on the spin, going down 2-0 at home to Wolves. That was a match they were expected to win, but Wolves wanted it more and finished deserving of the three points.

Man City are the home team, champions, top of the league, and showing much better form than their opponents. All the clues seem to support a win for the locals, but they know they can’t afford to take Spurs lightly. If Man City are at their best in this match, they should have enough talent to get over the line and add another three points to their tally.

Spurs are in real danger of conceding more ground in the race for the top four, and they could end this match with four defeats in their last four games. That could be enough to finish off their challenge for the campaign, meaning there’s real pressure on the visitors.

The pre-match betting available at 22bet has Man City priced at 1.25 for the win with Tottenham 11.5 and the draw 6.