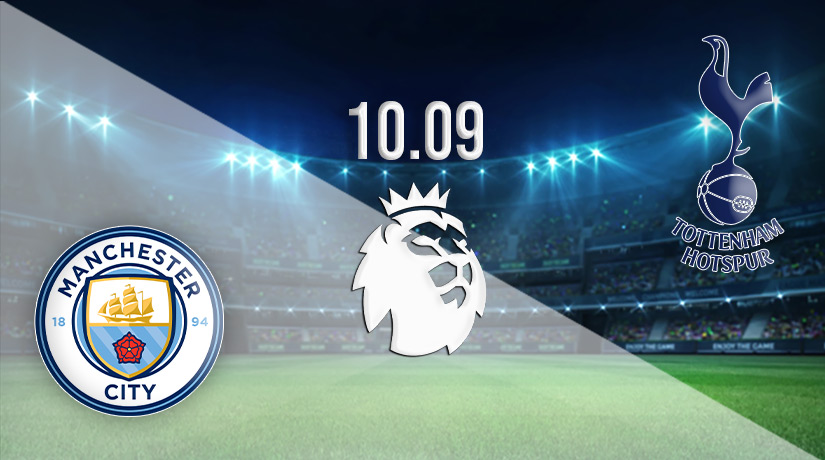 We have had our midweek fun following the UEFA Champions League, Europa League and the Europa Conference League. Now it’s time to return to the all-action English Premier League, where battles rage at both ends of the table as we enter round seven of the campaign. No team has a 100% record at this stage, with Arsenal losing their perfect CV away to Man Utd last Sunday. That means there’s all to play for, and we are warming up for what is sure to be a competitive campaign.

Which sets of fans will be celebrating another three points this weekend? There are some eye-catching and exciting games on the schedule, but in this article, we focus on matters at the Etihad Stadium. Local side and current Premier League champions Manchester City enjoy home advantage against a Tottenham Hotspur team that looks determined to make it back into the top four and challenge for the EPL trophy. Are they good enough to rip the title from the hands of their hosts? That remains to be seen, but it’ll be great fun finding out.

Man City and Spurs met twice last term on Premier League duty and, rather surprisingly, Tottenham did the double over the champions, winning 1-0 in London on the opening day of the season before digging deep to claim a memorable 3-2 victory when last at this venue. Will we see another goal-fest in this renewal? Armchair fans certainly hope so, and it wouldn’t be the biggest shock of the season if these teams serve up another thriller.

Manchester City started this season as the defending champions and favourites, with most high-profile pundits to make it three on the bounce. Pep Guardiola’s men are certainly good enough to achieve that and have the players to successfully defend their domestic honours. But there’s more to worry about at a club of City’s stature as they aim to finally win the Champions League trophy that has proven elusive over the last few years. Despite throwing millions of pounds at trying to win the tournament, Man City are no nearer than the final loss to Chelsea last year.

They have started well enough and can be found second in the EPL table behind early leaders Arsenal, who lost to Man Utd at Old Trafford on Sunday. It’s not often you’ll find United fans happy to do City a favour, but in beating the Gunners, they have blown the title race wide open, allowing the leading pack into the race again. There are many more twists and turns to come before this title is decided, that’s for sure. It’s highly likely that Man City will feature in the race for silverware. They have the cash, class and coaches to do it.

Man City’s league form so far in this campaign reads four wins against two draws, making them one of only two sides in the Premier League yet to lose a match. Just to make things interesting, the other unbeaten EPL side is Tottenham. As they say in boxing circles, someone’s O has to go, and fans can’t wait to find out if the Cityzens or Spurs can maintain their unbeaten record at the expense of the other. Victory here could catapult Man City ahead of Arsenal and into pole position, and that’s all the pre-match motivation they need. An opportunity to return to the head of the league at this early stage can’t be passed up.

Spurs also yet to lose

Tottenham is the other side yet to lose in the Premier League this season, but they sit third in the table behind Arsenal and Man City. The Londoners have played six, won four and drawn two games so far, scoring a dozen goals while conceding five at the other end. In star striker Harry Kane they have a player who has experience of winning his team big games, and if they create chances for him to score, he’ll do exactly that. Kane is one of the best strikers on the planet, but Spurs must find success in order to keep him.

Tottenham is former runners-up at the Champions League level, losing to Liverpool in the final. Still, it has been too long since they featured in a Premier League title race, certainly in the eyes of their long-suffering fans. Is this the season they finally lay down a challenge for the trophy? Nothing will be decided at the Etihad Stadium for this match, other than the three points available, of course, but it’s an opportunity for Tottenham to lay down a marker. They want to show they are genuine title contenders.

We last saw Tottenham in league action a week ago when moving their points tally for the season to 14 thanks to a victory over Fulham at home in a competitive London derby. Spurs were the only side in the top three of the EPL to register a win last weekend, closing the gap on Man City, who drew and Arsenal, who lost at Old Trafford. That gives the club extra momentum as we move towards autumn with a hectic schedule fast approaching. Teams are in a rush to play matches before the break for the World Cup in December.

Manchester City and Tottenham know they have a great chance to crank up the pressure on leaders Arsenal by winning this match while causing damage to the chances of a rival challenging for silverware.

This is a game where victory is hugely important, but defeat could be painful, so neither side can afford to go out all guns blazing, meeting their opponent face to face and turning this into a shootout. Man City and Spurs are here to win, but both managers know a draw would be a decent result.

The pre-match betting odds available to 22bet members offers Man City at 1.352 with Tottenham 7.8 and the draw 5.35. There are also many specials available, including the first goalscorer and both teams to score.