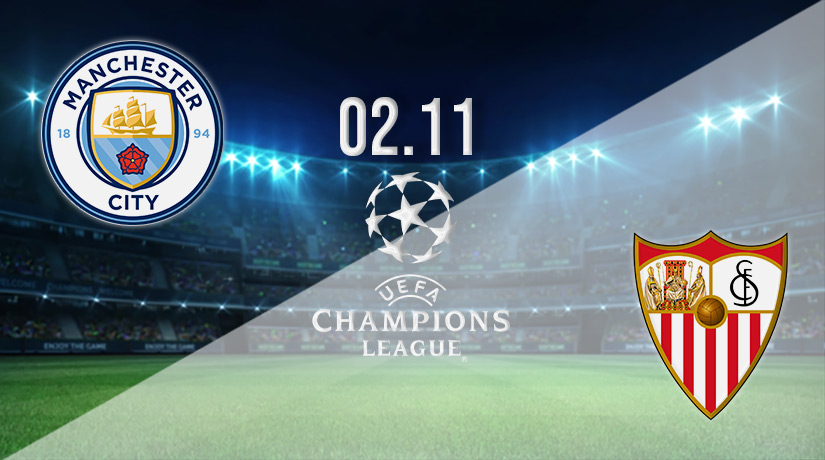 Round six of the Champions League group phase, and we see the final fixtures of the year before the competition makes way for the FIFA World Cup, which begins in Qatar later this month. We can’t wait to get started as the World Cup visits the Arab World for the first time, marking a piece of sporting history. Our team of experts plan to bring you unrivalled coverage of the games and outright chances of the top teams. But before that, we must finish what we started. There’s value to be found in midweek; we’re here to help you nail those Champions League predictions.

Our team of football writers have previewed the best games of the schedule, and they don’t come much bigger than the one at the Etihad Stadium, where England takes on Spain. EPL champions Manchester City enjoy the home advantage and aim to finish with a flurry, using the home-field advantage to bag another three points. Fans want to see the Citizens show their main rivals in England and on the continent what’s coming their way. Armchair fans can catch the match on live streaming apps and television.

Man City and Sevilla have met only three times previously, with the English side dominating the fixture. Pep Guardiola’s men carry a 3-0-0 record over Sevilla into this match, and most pundits fancy them strongly to drag that to four not out. Will they achieve that at the Etihad? Read on to find the latest stats and form of Man City and Sevilla before we reveal our big match predictions. As ever, the aim here is to give our readers the stats and trends they need to make a well-informed prediction on how Wednesday’s game might play out.

Man City are almost there

When the English Premier League champions – chasing three-in-a-row this season – were dropped into Champions League Group G, they were expected to progress without encountering too much resistance. Things have gone according to plan on that front, and Pep’s boys will be playing in the knockout stages once again. They are yet to win this title – despite spending millions trying to achieve exactly that – with a final defeat to Chelsea the best to show for their efforts.

Man City have become dominant in England over the last few years and has won each of the two titles available since the pandemic was downgraded, and fans returned to football stadiums. But the Champions League is an itch they can’t seem to scratch. Every season they begin their European campaign as the favourites with experienced pundits to go all the way, win the European cup and finally take their place in the history books. Every season they reach the later rounds, and fans begin to get their hopes up before being let down. There’s a feeling of deja vu amongst the City fans.

The home team heads into this match sitting in pole position, with their stats for the group showing three wins against two draws. Despite being one of only a few unbeaten sides left in the competition, Man City are not yet across the line. They still have work to do with Borussia Dortmund in second place, three points off the pace. A solid home win over Sevilla is what the fans want to see, but Pep may field a weakened team and take the point needed to finish top. That’s easier to trust when learning they have drawn each of their last two at this level.

Sevilla travels to England, knowing they are drinking in the last-chance saloon. They enter this match sitting third in the table with five points on the board thanks to one win and two draws from five games. They remain in the running and know they are likely to finish third and drop into the Europa League, a competition that has brought them success in the past. But not one player in the away locker room on Wednesday will be ready to throw in the towel.

This is a chance for Sevilla to show they belong at this level, and a win over Man City would certainly prove that. They have never beaten the Cityzens in the past, and if they want to go through, they must snap that losing streak and do it in style. But there’s more. Sevilla must go to England and batter their hosts, scoring a few goals in the process. That’s because their goal difference is poor, with five goals scored and nine conceded already. They will require a strong away win over Man City and hope bottom club Copenhagen hammer Borussia Dortmund in the other game. That’s one of the reasons why they are expected to be relegated to the Europa League.

Sevilla isn’t a team with the form that deserves anything better than a third-place finish, and it took them until week five to finally bag a win. That victory came against the Danes, who are bottom of the group and well out of their depth in this bracket. Regardless of where Sevilla goes from here, they know any kind of favourable result over Man City would boost team morale. Does Sevilla have a chance to make it two wins on the bounce? They were beaten 1-0 at home by Rayo Vallecano on Saturday and dropped into the relegation zone as a consequence of their poor form.

Man City holds the home advantage and still has something to play for, despite sitting pretty at the top of the group. If they perform at their best and field a strong side, the home team are good enough to get the job done.

Sevilla is a great opponent who held their own at times in this group, but it proved to be a bridge too far, and they’ll look back at some needless points dropped as the reason they weren’t able to challenge for first place.

Make sure to bet on Man City v Sevilla with 22Bet!