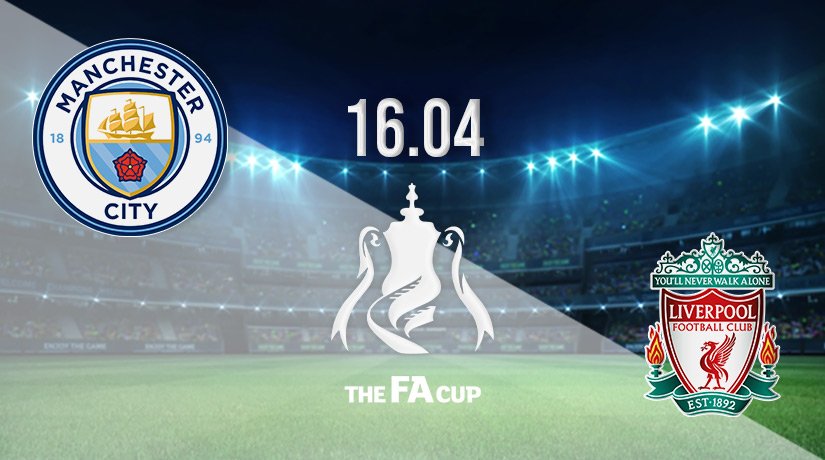 Following the high energy and drama of the UEFA Champions League and Europa League in midweek, football fans return to domestic action, and there’s plenty to get excited about with the semi-finals of the FA Cup, and the Scottish Cup played this weekend. All eyes will be on Glasgow on Sunday for the Old Firm Derby at Hampden, where Rangers and Celtic battle it out for a place in the final where they’ll play Edinburgh rivals Hearts or Hibs. South of the border in England, game of the weekend sees Man City and Liverpool renew rivalries in the FA Cup.

These teams played at the Etihad Stadium last Sunday when the Premier League title hopefuls produced a stunning 2-2 draw. That left the gap at the top of the division at one point, with leaders and current champions Man City sitting just ahead of Liverpool. That race for the trophy will go down to the wire, but for one afternoon, both Jurgen Klopp and Pep Guardiola will enjoy a break from the relentless push for points. Both managers will now aim to win this match and secure a place in the final at Wembley that will end the season.

Man City and Liverpool served up that four-goal thriller last weekend and have given supporters plenty to cheer about in past meetings. The head to head stats show these teams have played twice already this season, with both previous games coming in the Premier League. Those matches both ended with a 2-2 score, and if we go back even further, we see both teams have found the net in each of the last four renewals. Will this game be another exciting match, or are fans in for a dramatic, tense afternoon? All will be revealed when this game kicks off at 15:30 GMT on Saturday.

Manchester City were in fine form in the previous round of this competition, hammering fellow Premier League club Southampton 4-1 at St Mary’s Stadium in the quarter-finals with the crowd against them. They made light work of the Saints on that occasion with the goals scored by Sterling, De Bruyne, Foden and Mahrez. The victors weren’t at their best that day, but they had more than enough quality to see off an opponent that looked weak at the back and could have folded any time Man City crossed the halfway line. It was a real confidence booster for Pep Guardiola’s players, but they are experienced enough to understand the challenges will get bigger and better.

Man City were last seen in Premier League action a week ago when hosting Liverpool. With the gap at the top of the league sitting at one point, the leaders knew they couldn’t afford to drop points. The 2-2 draw was a decent result for Man City as, although they would have preferred to win at home to put the league title to bed bar the shouting, the draw kept them ahead of Liverpool and moved the light blues a step closer to retaining their title. If they can knock the Reds out of the FA Cup, make it through to the next round of the Champions League and retain first place in the Premier League, it will be remembered as a huge week for the club.

De Bruyne and Gabriel Jesus were on the scoresheet at the Etihad Stadium last weekend to twice give Man City the lead over Liverpool, but the Reds refused to lie down, twice battling their way back into the game with goals from Jota and Mane. The scoring was wrapped up inside 46 minutes of that match, but it was Man City who had the better chances towards the end and left the field of play like a team that had lost two points rather than a side that had gained one point to keep ahead in the title race. How will Man City perform now there are no points at stake? Will we see a more attacking formation with plenty more goals scored? Fans hope so.

Reds out for revenge

Liverpool missed the chance to go top of the English Premier League on Sunday when they were held to that 2-2 draw by Man City at the Etihad Stadium. Klopp’s men have been fantastic this season and have worked their way back into the title race on the back of an extended winning run that reinvigorated the league when it looked dead and buried during the festive period. Many followers of Man City would have expected their team to have tied down two in a row by this stage, with Liverpool battling Chelsea for second place. It hasn’t worked out that way, and the race remains alive and kicking, heading towards the business end.

Liverpool booked their place in the semi-finals of the FA Cup thanks to a hard-fought 1-0 win achieved over Nottingham Forrest in the previous round. The Championship club provided a sterner test than many had expected, with the Tricky Trees pushing their Premier League visitors to the wire. The winning goal that day was scored by Jota, who smashed the ball into the net on 78 minutes, and in doing so, he spared the blushes of his teammates, who were desperate to avoid the added pressure of extra time and penalties.

That was a warning to the Reds that they can’t afford to take opponents lightly in this competition, but there is no danger of them looking past Man City and dreaming of the final. Any disregard for the danger posed by the Premier League champions and current leaders could see Klopp’s men suffer a painful and humiliating defeat, but that’s unlikely to happen. Liverpool will give Man City the respect they deserve by turning up and fielding their strongest line-up, knowing only their best will do if they are to keep their dreams of winning the FA Cup alive.

These teams served up a cracker last Sunday, and we are hoping to see another entertaining match here. The stats associated with this fixture tell us to expect goals, and that’s something all supporters in the stands will hope to enjoy. Man City and Liverpool serving up another goal-fest in the semi-final of the FA Cup would be a great advert for this competition.

Make sure to bet on Man City v Liverpool with 22Bet!