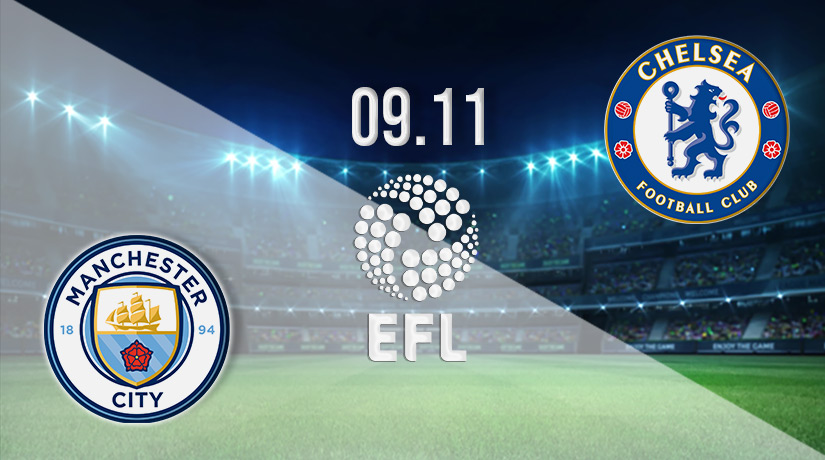 As the divisive World Cup enforced break races closer, lovers of club football enjoy a midweek of action from the EFL Cup. We’re at the third-round stage, but some blockbuster fixtures are already on the programme, including the one from the Etihad Stadium. You’ll not often get a Premier League champion playing a recent Champions League winner at this stage, so it’s a special occasion for lovers of the beautiful game.

Man City are the early favourites with respected pundits to win this match and go on to lift the trophy. The locals have every right to be confident of getting their name in the hat for the next round but know they’ll get nothing on the cheap. Chelsea is a big-hitting heavyweight that has been a little punch-drunk of late. Winning the EFL Cup isn’t at the top of their priorities list, but it’s looking like trophies may be hard to come by this season. Perhaps they can’t afford to be so picky.

Both managers are expected to make changes, and introducing fringe players weakens the sides. But if this game follows the recent trends, armchair fans and those in attendance are in for a thrilling night. There has been just one goal between the pair in the last five and eight of nine. Prepare for another competitive contest.

City did the double

Manchester City did the double over Chelsea last season, beating them home and away in the Premier League. They will aim to at least go one better this season by getting the better of the blues on three occasions, once in the EFL Cup and twice in the Premier League. Doing so would go some way to hammering home the Cityzens’ dominance over the Londoners in this fixture, and it wouldn’t be a major surprise to see them do that. Man City is a team with momentum behind their work, while this Chelsea side is going through a sticky spell.

The home team enjoys a break from chasing points in the EPL, where they are involved in a battle with Arsenal for pole position. The Gunners have started the season in great shape and lead the way, but last season’s champions refuse to roll over and surrender their title. They have won each of their last three league games, beating Brighton, Leicester, and Fulham to get back on track following a surprise defeat to Liverpool at Anfield last month. Each match has been tight, with the champions using their experience to dig out a result.

This will be the home team’s third game on the bounce at this venue after beating Sevilla here in the Champions League before downing Fulham in the Premier League on Saturday. Their most recent contest was a hard-fought victory over the Cottagers, with Haaland scoring the winner from the penalty spot in stoppage time to snatch all three points. That came after Cancelo had been sent off, and Pereira had netted from the penalty spot for Fulham. Man City isn’t at its best just now, but they are finding a way to win.

Chelsea’s trip to the home of the Premier League champions stuck on a horrible run of form, which has seen them fail to win any of their last four games at that level. The winless streak began with back-to-back draws before a pair of defeats dragged the club down to seventh in the table, and the squad is now under real pressure. It’s looking increasingly likely that the board will wield the axe and clear out the coaching staff – possibly sooner rather than later – before undergoing yet another re-build job in January following the World Cup.

The visitor’s most recent game ended in a 1-0 defeat at home to Arsenal on Sunday. With the Gunners top of the league and enjoying an incredible run of form, that loss didn’t come as a major surprise to football fans, but that didn’t make it any easier for followers of Chelsea. Gabriel scored the goal that mattered in 63 minutes, and although 1-0 is always a fragile lead, it was enough to see Arsenal win a tense London derby. Mikel Arteta’s men are going great guns, but that will be no comfort to the Chelsea fans running out of patience with the team.

Chelsea boss Graham Potter is here on merit after doing great things at former clubs Swansea and Brighton, but he won’t enjoy the same time and space at Stamford Bridge. Things aren’t going his way at the minute, and supporters won’t be slow in telling him about it. There is no wiggle room at the top level, and the results speak volumes. Potter will know there’s more at stake here than a place in the next round. This is another must-win match for a side already feeling the pressure.

Man City holds the home advantage for this match, and with this being their third game at the Etihad on the bounce, Pep Guardiola’s men are already in the winning groove. The Premier League and Champions League are the two titles the team wants to win this season, but this is a club of champions who want to be a success in every competition they enter. We expect Pep to make changes, but those coming in will be eager to impress.

Chelsea knows this is the third round of the EFL Cup, and it’s usually right down their list of priorities at this early stage of the season. But these aren’t normal circumstances. A fourth domestic game without a win could force Potter over the edge and spark a clear out of the coaching staff at Stamford Bridge. But nothing has been decided just yet, and there’s still plenty of football to be played this season. Football fans already know it’s foolish to write this club off against any opponent and in any competition.

The pre-match betting odds available to 22bet members have Man City trading at 1.475 for a home win. Chelsea can be backed at 6.2 to win on the road while a draw is 4.64.

Make sure to bet on Man City v Chelsea with 22Bet!