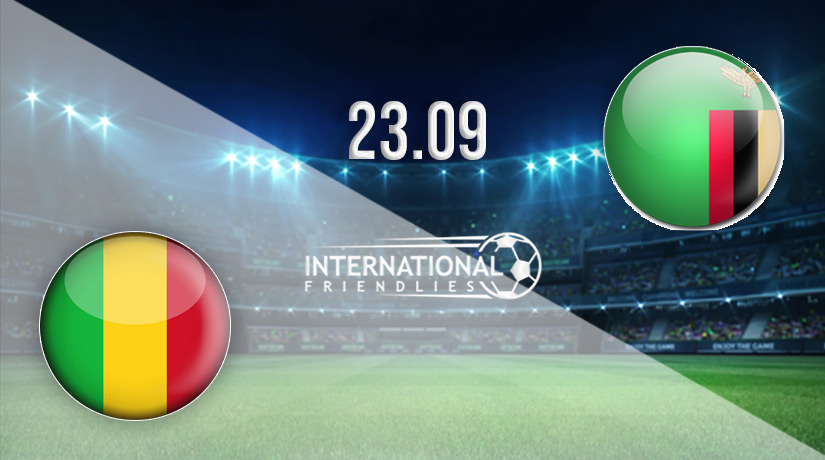 Mali and Zambia will look to step up their efforts to prepare and bolster their chance for the forthcoming resumption of the Africa Cup of Nations (AFCON) qualifiers when they clash for a friendly fixture at the Stade du 26 Mars on Friday at 20:00 GMT.

Can Mali Step Up their Preparation for AFCON with a Friendly Win over Zambia?

Mohamed Magassouba is satisfied with his team’s 100% start to their AFCON qualifiers in Group G. However, the gaffer will be focused on getting his side up to standard following their 1-1 draw against Mauritania last time out.

Magassouba will be working on his side’s shape to optimize their defensive solidity while enhancing their attacking penetration. This balance was important in their opening two wins in Group G.

Mali will also be looking to integrate some players into the national team setup ahead of the grueling qualifiers early next year.

Can Zambia Bolster their Confidence and Preparation by Beating the In-Form Mali?

George Lwandamina was satisfied with his team’s response to the 3-1 hammering they received at the hands of Ivory Coast on matchday 1; they bounced back with a 2-1 win over Comoros.

Lwandamina was also satisfied with his side’s ability to lift the COSAFA Cup with a 1-0 defeat of Namibia in the final.

Zambia will use the friendly clash with Mali to get their players up to standard, gain match fitness, and bolster their link-up and intensity ahead of the resumption of the AFCON qualifiers.

Mali have won three times and drawn twice in their last five international outings.  Their opening AFCON qualifying fixtures in Group G were all wins; these matches came against Congo (4-0) and South Sudan (1-3).

The remaining three matches in this run were friendly encounters against Mauritania away from home (1-0 and 1-1), and a clash with Guinea, which ended in a 0-0 stalemate.

Mohamed Magassouba will look to test his side against Zambia on Friday to assess their progress and experiment with some tactics to highlight the strengths and iron out any weaknesses ahead of the AFCON qualifiers.

In their last five outings, Zambia have been engaged in competitive fixtures for AFCON qualifiers (2 matches) and the COSAFA Cup competition (3 matches).

George Lwandamina’s men lost 3-1 in their opening clash away to Ivory Coast in the AFCON qualifiers. They followed this defeat with a convincing 2-1 home win against Comoros to get the qualifiers process up and running.

Zambia were also involved in a successful COSAFA Cup tournament. They started the campaign with a 1-1 draw against Botswana but subsequently won in the penalty shoot-out. They subsequently won the semi-final 4-3 against Senegal and triumphed in the final 0-1 against Namibia.

Bissouma provides energy, drive, and bite in midfield for Mali. The Tottenham midfielder offers a hard-running, high-intensity, and high-energy style of football that allows Mali to dominate the midfield.

Although he is known in the Premier League as a defensive midfielder, in the Mali national team, he plays further forward. This position allows him to connect midfield with attack and gives him license to get into attacking positions.

Bissouma will be crucial for Mali in the clash against COSAFA Cup champions Zambia on Friday.

The striker’s biggest attribute for Zambia is his connection with the other attacking players. This is especially the case with the wide attackers – Kampamba and Sautu.

He also dovetails well with J. Mutale who has license to take up attacking positions in midfield.

Banda also provides pace and the ability to run behind the opponents’ defenses. This makes him ideal for the counter-attacking approach adopted by Zambia. He will be important in the clash with Mali on Friday.

Mali will look to dominate the match by keeping possession and bossing the midfield areas. This will force Zambia back into their half. Mali will use quick passing to create chances.

Zambia will prioritize solidity and compactness. They will mainly use transitions to pose an attacking threat.

Mali will win this match and extend their impressive run of good form.

Make sure to bet on Mali vs Zambia with 22Bet!