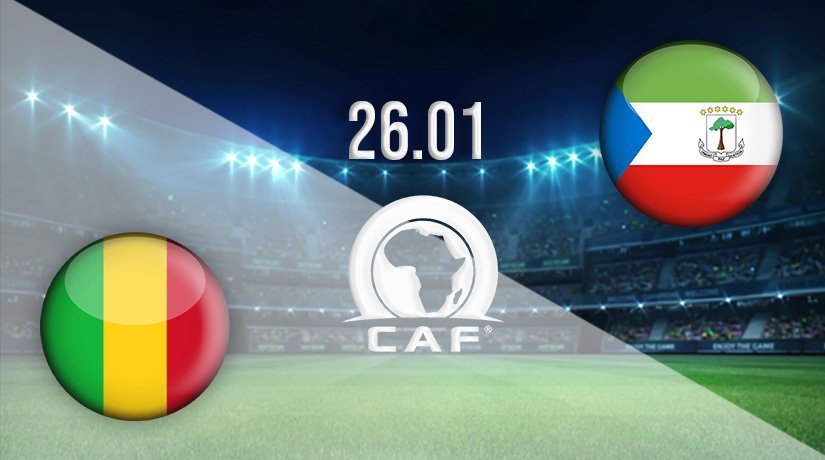 Mali and Equatorial Guinea take to the pitch to contest this round-of-16 fixture on Wednesday at 20:00 GMT, as they bid to progress to the quarter-finals.

Can Mali Continue with their Unbeaten Record in Cameroon?

Mali have quietly gone about their business without attracting much attention. However, there will be no hiding when they face Equatorial Guinea as the heavy favourites to progress to the Quarter Finals.

Mali have to step up and show that they belong in the African footballing grand stage.

Can Equatorial Guinea Cause an Upset?

Equatorial Guinea will be overwhelming underdogs in the match against the highly fancied Mali team.

However, E. Guinea have shown resilience through the group stage, when they shocked defending champions Algeria. They will be confident of doing the same against Mali.

Mali are unbeaten in the AFCON tournament in Cameroon so far. They won two and drew one in their group sage run.

They have scored 4 goals and conceded 1, keeping two clean sheets in the process.

Their unbeaten record will be on the line when they face resilient Equatorial Guinea on Wednesday.

Equatorial Guinea qualified for the round-of-16 from a Group that included the soon-to-be deposed champions, Algeria.

They beat Algeria 1-0 on their way to winning two matches and losing one (1-0 to Ivory Coast) to qualify second in their group.

El Bila Toure will be back for Mali after the red card he received in the 1-0 win over Tunisia. This means that Mali will have all their players available for selection ahead of the round-of-16 clash.

The Equatorial Guinea camp reports that their full squad is available for selection ahead of the clash against Mali.

The Brighton & Hove Albion midfielder is a robust lynchpin of the Malian team in midfield. His energy, hard-tackling, forward play, and work rat are all ingredients that have driven Mali to the round of 16.

Bissouma will be essential for Mali in dominating the midfield area, protecting the back four, and driving the team forward.

Mali will need Bissouma to be at the races on Wednesday if they are to beat Equatorial Guinea and progress to the Quarter Finals.

The defender, who plays for Antequera CF in Spain’s Segunda Division, has been central for Equatorial Guinea at both ends of the team.

He has been central to Equatorial Guinea keeping 2 clean sheets in the group stage, while also scoring in the 1-0 victory over defending Champions Algeria.

Obiang will be important for Equatorial Guinea as they take on talented Mali on Wednesday.

Expect Mali to play on the front foot, bossing possession, and pinning Equatorial Guinea back.

Equatorial Guinea will adopt a solid and compact approach to the game with their goal threat coming mainly from counter-attacks and quick transitions.

Mali have the quality and pedigree to beat Equatorial Guinea and qualify for the Quarter Finals.

Make sure to bet on Mali vs Equatorial Guinea with 22Bet!