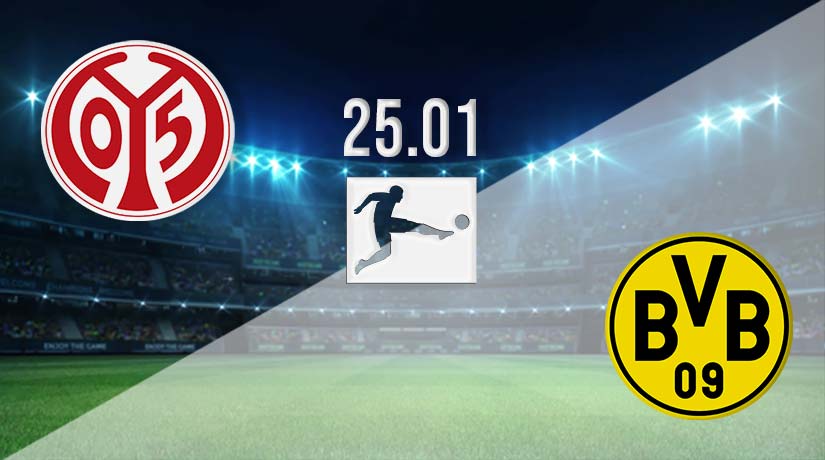 Borussia Dortmund will be hoping to maintain their charge toward the European places in the Bundesliga on Wednesday evening. They travel to Mainz, who have gone five without a victory in Germany’s top-flight.

This season hasn’t exactly gone to plan for Borussia Dortmund to this point, but they remain in a prominent position for a top-four finish. The winter break likely came at a good time for the German side, as they were beaten in their previous two games before the break for the World Cup. However, they managed to get back on track in the league in their first game back in the Bundesliga over the weekend.

It was a thrilling fixture at Signal Iduna Park, as Dortmund played out a 4-3 win against Augsburg. Jude Bellingham continued his impressive run of form with the opening goal for Dortmund, before Nico Schlotterbeck, Jamie Bynoe-Gittens and Giovanni Reyna added further goals. Defensively they will need to improve if they are to finish in the Champions League spots this season, as no side has conceded more in the top seven.

Mainz will be hoping to avoid getting dragged into the relegation scrap in the second half of the Bundesliga season. After a strong start to the campaign, their form has dipped, and that has seen them drop to 12th in the standings. They come into this fixture having failed to win in their previous five, while they have been held to draws in their previous two.

In their first game back after the World Cup, Mainz picked up a point on the road against Stuttgart. They equalised four minutes after going behind in that fixture, as Marcus Ingvartsen scored a penalty. However, that was one of just two shots that they managed to record on target in that away fixture.

Dortmund has a fine record in this fixture, as they have won each of their previous five Bundesliga fixtures away from home against Mainz. That is their longest ongoing winning run in the Bundesliga, and they have picked up more points on the road against Mainz than against any other side.

This looks like a good fixture for Dortmund to continue their winning sequence. Mainz has picked up just seven points at home this term, and they look set to suffer another defeat to stretch their winless run to six.

Make sure to bet on Mainz vs Borussia Dortmund with 22Bet!