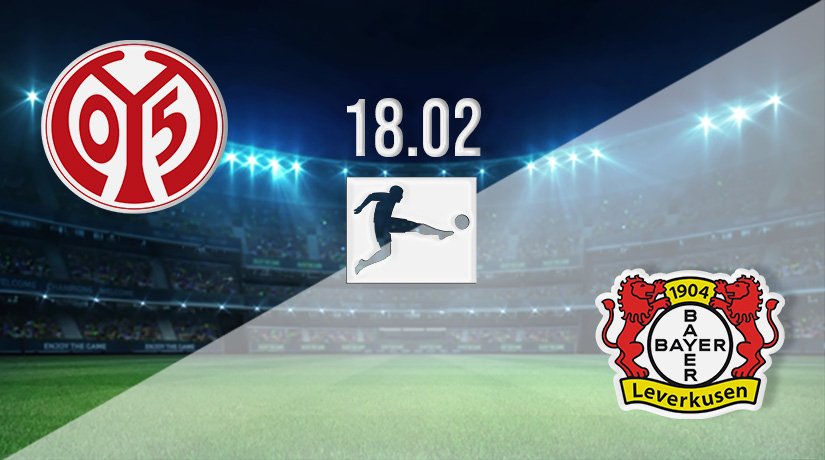 The in-form side of the Bundesliga over the last four rounds of fixtures, Leverkusen, will look to continue their winning run when they visit Mainz 05 on Friday at 20:30 GMT.

Can Mainz 05 make it Three Consecutive Bundesliga Matches against Leverkusen?

Mainz 05’s form has been a stop-start in recent fixtures in the Bundesliga. However, in the last two matches comprising a win and a draw, Mainz have shown grit, determination, and signs of consistency.

On Friday, they will come against the most inform side in the Bundesliga in Leverkusen over the last four rounds of fixtures.

Bo Svensson’s side will be looking to cause an upset against Leverkusen when they take to the pitch on Friday.

Mainz 05 ‘s focus will be to frustrate Leverkusen, knock them off their rhythm, and exploit the chances they give away.

Can Leverkusen Extend Their Winning Run to Five Consecutive Matches in the Bundesliga?

Having won the last four Bundesliga outings, Leverkusen will be looking to keep their form going as they seek to challenge Borussia Dortmund for second-place, and cementing their Champions League qualification for next season.

Gerardo Seoane will be looking to keep this run going on Friday as they focus on maintaining pressure on the top two on the table.

Focus will be required at Mainz because of the inconsistency of their opponents. Over the last two matches, Mainz has shown signs of resilience as they won one and drew another.

The stop-start form of Bo Svensson’s side means that Leverkusen will have to beware facing them; it is not clear what version of Mainz they will face on Friday, which means that Seoane has to be alive to the possibility of a curve ball.

Mainz have collected seven points from the last six rounds of Bundesliga matches. In this run, they have won two matches, drawn one, and lost three.

Bo Svensson’s side have an impeccable home form over the last six outings. They have collected 14 points from the available 18 in this period. This run includes four wins and two draws.

This run of form is only second to Bayern Munich’s 15 points during this period.

Seoane’s men are at the top of the Bundesliga form table over the last six rounds of Bundesliga matches. Leverkusen have won four fixtures, drawn one, and lost one.

In this run, Leverkusen have collected 13 points, which is the highest in the Bundesliga in this period, one more than Bayern Munich and RB Leipzig with 12 points.

Bo Svensson will be without centre-back Jeremiah St. Juste with shoulder injury. The 25-year-old suffered the injury on February 10th and a date for his return has not been set.

Seoane will be without right winger Karim Bellarabi for the clash with Leverkusen; the 31-year-old is recovering from a hamstring injury.

Goalkeeper Andrey Lunev suffered a tear in his syndesmotic ligament on January 17th, which will keep him out of the match against Leverkusen on Friday.

Leverkusen will also be without long-term absentee Julian Baumgartlinger; the defensive midfielder is recovering from knee surgery.

The striker offers a crucial attacking route for Mainz. This will be crucial when Mainz meet Leverkusen on Friday at home. Onisiwo’s cutting edge in front of goal will be important for Mainz’s chances of taking something from the match.

The creative midfielder provides a crucial link between the Leverkusen midfield and the attacking areas. His partnership with striker Schick and wide players Adli and Diaby is essential to Leverkusen. He will be central to everything Seoane’s side will try to do on Friday.

Expect Leverkusen to play on the front foot with possession and dictating the tempo. Mainz will be pragmatic and try to contain Leverkusen, while posing a threat in transition.

Given the form of both teams, a draw is the most likely result for this match.

Make sure to bet on Mainz 05 vs Leverkusen with 22Bet!