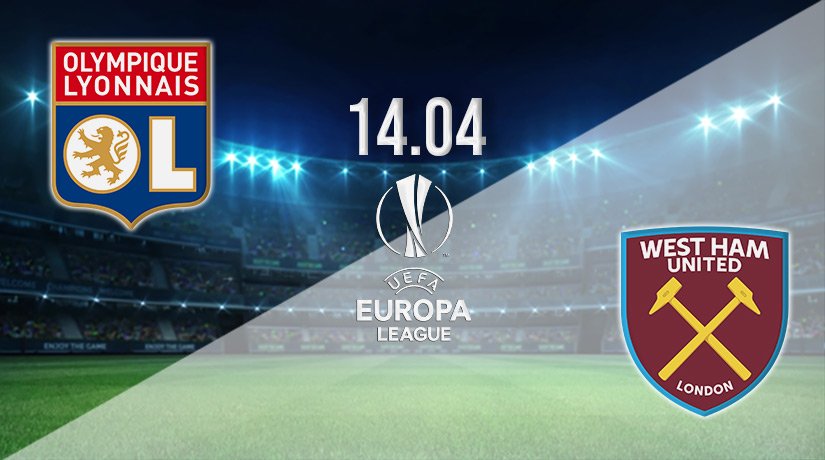 After the eventful first leg of the quarter-final tie between West Ham and Lyon at the London Stadium that ended 1-1 with the Londoners finishing with ten men, the two sides meet again in Lyon at the Parc Olympique Lyonnais for the second leg on Thursday at 20:00GMT.

Can Lyon Continue with their Nine-Match Unbeaten Record in UEFA Europa League this season against West Ham?

Alongside Eintracht Frankfurt, Lyon are unbeaten in nine matches in this season’s Europe League run to the quarter-finals. They have won nine times and drawn thrice in this run.

Lyon are experienced in Europe; in their last 28 UEFA Europa League outings, they have only failed to score in only one match against Atalanta in Bergamo in the 2017-to-18 season.

Lyon have scored in every home fixture in the Europa League competition since the 2013-o-14 season.

Can West Ham Win a Knockout Match in a Major European League for the First Time in their History?

David Moyes will hope his side can handle the pressure and thrive in the opportunity to make history for West Ham in Europe.

With the tie finely poised at 1-1, West Ham will have the opportunity to make a massive statement of intent by winning away at Lyon and progressing to the Europa League semi-final.

Domestically, Lyon’s form has been stop-start. They have won two out of their last five outings; this run also includes two draws and a defeat. This means they are 10th on the Ligue 1 table and way adrift of European-qualifying places.

In Europe, Lyon have been in sterling form; they are unbeaten in nine matches they have played this season. They have won six and drawn three.

This form has been crucial in their progression to the quarter-finals, and it will be central to their bid to overcome West Ham in the second leg.

David Moyes’ side have lost three and won two of their last five matches in the league. This run of form has seen them drop six points behind fourth-placed Tottenham, thus losing further ground in the chase for a top-four berth.

In their Europa run, West Ham have won five times, drawn twice, and lost twice, in their nine matches played this season. They have scored 14 goals while conceding five.

The Hammers have averaged 49 percent possession in their Europa League campaign this season while keeping 5 clean sheets.

Lyon have three main injury worries ahead of the clash with West Ham in the second leg. Attacking midfielder Rayan Cherki is out of the clash on Thursday; the 18-year-ol is side-lined with a metatarsal fracture and is expected to be back fit around May 9th.

Sinaly Diomande, the 21-year-old center-back, is missing with an ankle injury and is expected back towards the end of May.

Central midfielder Maxence Caqueret suffered a meniscal injury on March 30th, 2022, and the 22-year-old is expected back towards the end of April. This means the clash with West Ham will come too soon.

Moyes will be without Angelo Ogbonna, with the 33-year-old missing due to a ruptured cruciate ligament.

Aaron Cresswell was sent off in the first leg at the London Stadium, which means he will miss the return leg in Lyon.

As M. Antonio has struggled in front of goal in recent matches, West Ham need someone else to step up and fill the void. Benrahma will be crucial in West Ham’s counter-attacking charge against Lyon.

The on-loan Tottenham midfielder has added bite to the Lyon midfield. Coming up against Soucek and Rice, Ndombele will be important for Lyon to be competitive in the central midfield area.

Expect Lyon to play on the front foot and dominate possession. West Ham will seek to give a classic away display comprising deep defending and lightning-fast counter-attacks.

Lyon are favoured to win the match and progress to the semi-finals.

Make sure to bet on Lyon vs West Ham with 22Bet!