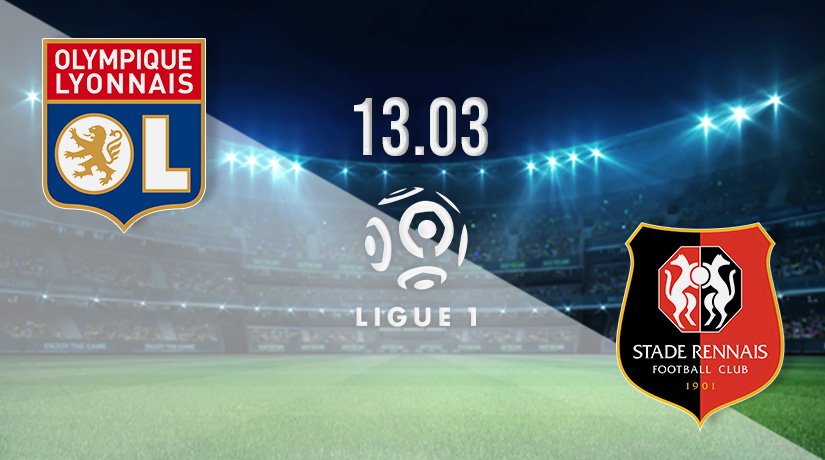 Rennes will be looking to maintain their fine form in Ligue 1 this weekend when they travel to Lyon. A fourth victory on the bounce could see them end this round of fixtures in a Champions League position in the French top-flight.

There will be a significant match in the battle to finish in a European place in Ligue 1 this weekend, as Lyon and Rennes clash in the French top-flight. Both sides remain in the race for Europe, with Lyon targeting a Europa League spot and Rennes setting their tights on a Champions League position.

Rennes are the form side coming into this fixture, while no side in France has picked up more points than them over the previous three rounds of fixtures. They have been in stunning form over recent weeks and have picked up victories in each of their last three to move within a point of Marseille.

Their latest win in the league came last weekend as they beat Angers 2-0 at home. Benjamin Bourigeaud scored after 33 minutes to give the hosts the lead, while Gaetan Laborde wrapped up the points with just three minutes remaining of the 90.

Lyon have been inconsistent throughout the Ligue 1 season this term, and their best route back into the Champions League could actually come with a success in the Europa League this term. They come into this fixture sitting ninth in the league standings, and are six points off third-placed Marseille.

Lyon has won once in their previous three fixtures, with that only victory coming last time out against Lorient. Romain Faivre scored twice in that win, while Moussa Dembele and Karl Toko Ekambi also found the back of the net in the 4-1 success on the road.

Lyon vs Rennes Head to Head

Rennes were big winners the last time that these two sides met. They won 4-1 at home in November, which was their fourth win in seven meetings against Lyon. However, Lyon won the last home fixture that they played against Rennes last season, as they edged out a 1-0 success.

The form of the visitors could be the important factor coming into this fixture. I like the chances of Rennes winning a fourth straight game in the league, as Lyon fall further off the pace in the race for a Champions League finish.

Make sure to bet on Lyon vs Rennes with 22Bet!