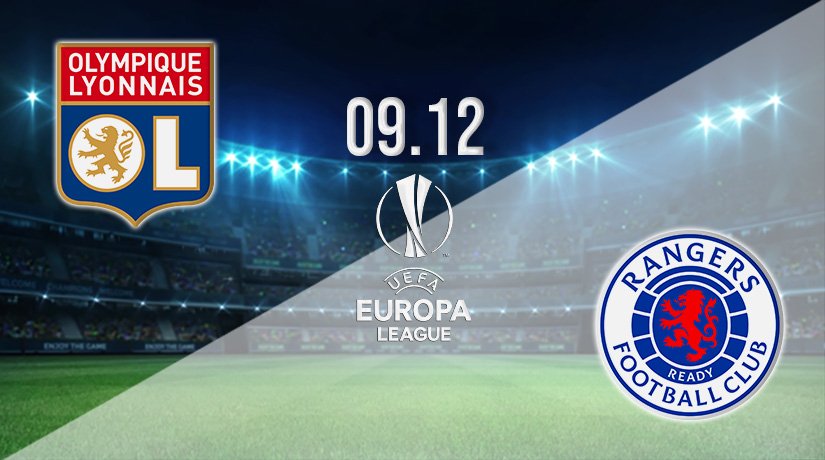 Lyon and Rangers will be playing in the Europa League in 2022, and both will be looking to continue their momentum in the campaign this season with a win on matchday six this week.

Lyon have been one of the hottest teams in the Europa League this season, as they have looked formidable in Group A. The French side have eased through to the round of 16, having won all five games that they have played in the competition this season. They are one of the highest scoring teams in the competition, having hit the back of the net on 15 occasions to date.

It would be a welcome relief to see Lyon top the group, as it means that they won’t need to play a knockout game to reach the round of 16 this season. Lyon have been by far the most dominant team in this group, and that has been echoed in their last two games, as they have scored six times and conceded just once. They won their last fixture against Brondby 3-1 away from home, with Rayan Cherki scoring twice in the second half.

Rangers will finish second in the group, which means that they will need to overcome a preliminary knockout round game before reaching the round of 16. However, the Scottish side will be confident of reaching that stage of the competition, as they have won two of the five games that they have played their season. They have lost on just two occasions, with one of those defeats coming against Lyon.

The SPL champions secured second spot in the group on matchday five, as they beat Sparta Prague 2-0 at Ibrox. Alfredo Morelos was the man for the big occasion, as the Colombian scored twice to ensure that the Gers have a better head to head record than Sparta.

Lyon vs Rangers Head to Head

The French side have won two of the previous three matches that they have played against Rangers. Lyon won the previous meeting between the sides 2-0 on matchday one. Meanwhile, the Gers won on their last visit to Lyon, as they claimed a famous 3-0 victory in the 2007-08 Champions League.

Lyon have been dominant throughout the Europa League, and we struggle to see anything other than the French side rounding off their campaign with a sixth straight victory in the competition.

Make sure to bet on Lyon vs Rangers with 22Bet!