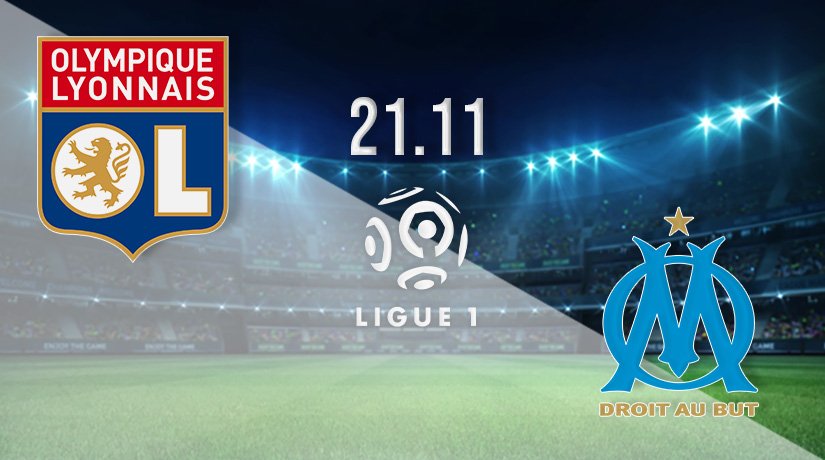 The big Sunday night game in Ligue 1 comes from Lyon, as the hosts take on high-flying Marseille looking to break into the European places. Meanwhile, the visitors could move into the Champions League places with a win on the road.

Two of the biggest teams in France clash on Sunday evening at the Groupama Stadium. Lyon are the hosts this weekend, as they look to bounce back from defeat in their last fixture, and move into the top six places in France.

It hasn’t been the ideal start to the season for the French giants, as they have won five and lost four in their opening 13 games this season. Their inconsistency could be a big issue when it comes to their fight for European place this term, as they have won twice and lost twice in their previous four fixtures.

They have scored 21 goals so far this campaign, but have also allowed the same number. That means that they have the worst defensive record in the top half of Ligue 1. Peter Bosz will certainly be hoping for a reaction from his team following their 4-1 defeat against Rennes in their previous fixture.

Marseille look to be one of the outstanding chances to finish in the Champions League positions this season. They have started the season winning six of their 13 games, and have been beaten on just two occasions. Only PSG and Nice have better defensive records at this stage of the season.

However, getting wins on the board has been the biggest issue in recent games, as they have drawn three of their last four fixtures. The most recent of their draws came against Metz, as the two French sides played out a 0-0 draw.

Lyon vs Marseille Head to Head

Lyon were unbeaten in ten meetings against Marseille between 2014 and 2019. However, they haven’t beaten their rivals in the previous three fixtures. Marseille picked up their only win during that run in November 2019, while the last two league meetings have ended in 1-1 draws.

Lyon will need to respond from their heavy defeat before the international break, while Marseille need to get back to winning ways after so many draws. However, we can see the draw being the most likely outcome in this fixture on Sunday evening, with both sides keen to give very little away.

Make sure to bet on Lyon vs Marseille with 22Bet!