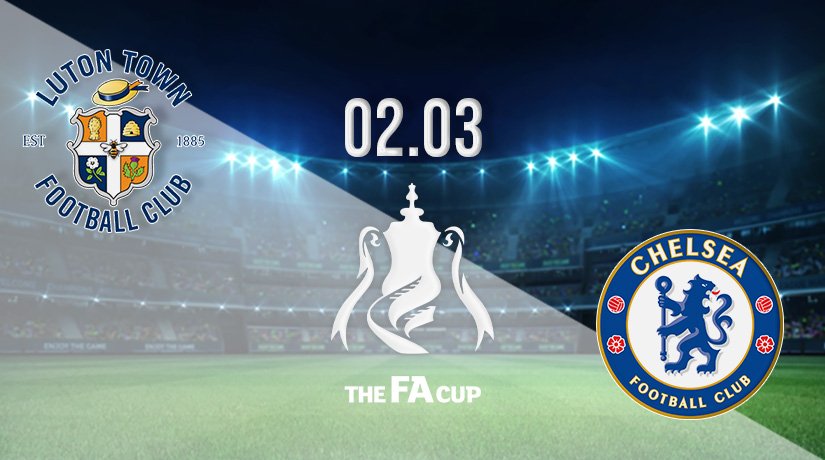 Luton Town will be looking to cause an FA Cup shock in the fifth round of the competition on Wednesday. Chelsea are the visitors, as they look to bounce back following an agonising defeat in the League Cup final against Liverpool over the weekend.

Chelsea’s excellent record in cup competitions took a hit over the weekend, as they were beaten in the League Cup final by Liverpool. However, Thomas Tuchel will remain confident that his side will be able to pounce back to winning ways against Championship outfit Luton Town on Wednesday.

The Blues have an excellent record in the FA Cup over the past couple of years, as they have won 19 of the 22 games that they have played in the competition since the 2017-18 season. Of course, their most recent defeat came in the final of the tournament last year, as they were beaten by Leicester City.

Chelsea have a strong record against sides from the lower divisions too, with their most recent defeat coming in the 2007-08 season against Barnsley at the quarterfinal stage.

Luton have been in strong form in league action over their previous three, as they have picked up three straight victories. They have conceded just once during that run, and were 1-0 winners at home against Derby County in their latest Championship fixture. Danny Hylton scored the winner against the Rams on Saturday.

Luton actually have a very strong record against Chelsea at home. They have picked up wins in four of the previous four matches, but their last win came back in 1991. The two sides last met in the competition last season, as Chelsea claimed a 3-1 win at Stamford Bridge in the fourth round.

Luton’s home record against Chelsea certainly boosts their chances of claiming a famous victory on Wednesday. However, I still struggle to see past the Blues getting the win that they need to advance through to the quarterfinals. The preference is for a 2-1 win for Chelsea.

Make sure to bet on Luton Town vs Chelsea with 22Bet!