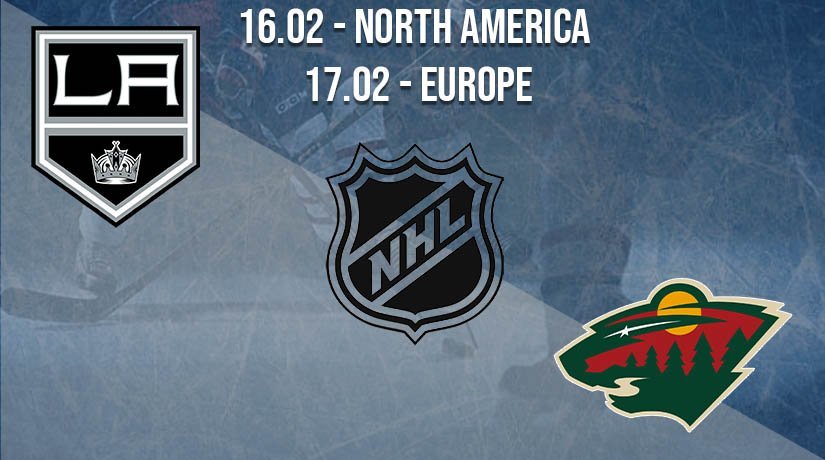 On February 17, Los Angeles and Minnesota will meet for the fifth time this season. Our experts have prepared a prediction for this NHL match. Will the Kings show excellent performance at the home arena?

Los Angeles was still able to end their losing streak, which reached five matches. The team defeated San Jose in the return leg 6-2. For the first time this season, the Kings have managed to score so many goals. Defender Drew Doughty is worth noting for three assists. In the first match with the Sharks, they had excellent chances of winning but conceded a minute before the end of the meeting and then lost in a shootout (3-4). Due to their volatility, Los Angeles has earned just 11 points in 13 games and is ranked last in the Western Division.

Minnesota played a six-game home series where they could exchange victories with San Jose, Los Angeles and Colorado. After that, the team met Avalanche again on the road and this time lost 1-2. In general, the team showed a good game, but there was a little lack of using their chances in the offence. This season, the Wild played only 11 matches, gaining 12 points, which is a decent result. Because the rest of the Western Division clubs played much more games, then Minnesota has every chance to rise from the table’s penultimate line.

Los Angeles suffers from instability throughout the season. For this reason it is too dangerous to bet on his victory. The teams have already played four head-to-head matches this year, three of which went to Minnesota’s piggy bank. The Wild continue to look much more confident than their opponent, so the best possible bet is Minnesota Wild to win again.