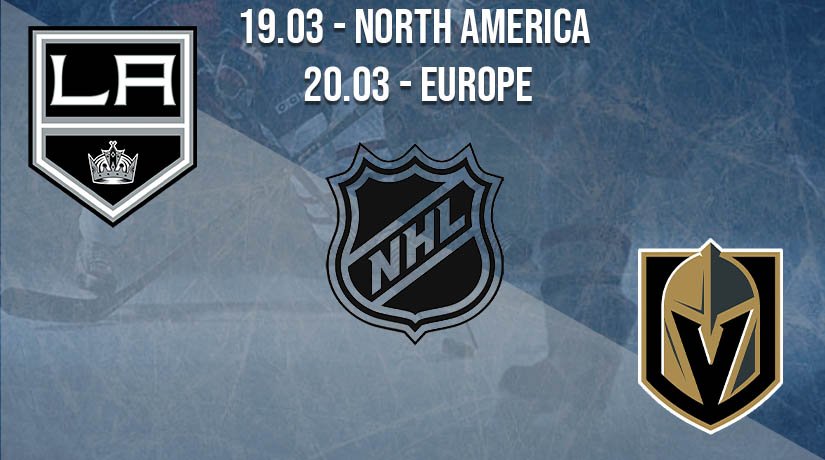 Los Angeles will face Vegas for the third time this season. Could they beat the strong opponent? Let’s find out.

After Los Angeles broke a long winning series, the team began to decline. The Kings only occasionally managed to earn points. In 10 games, the Kings have just three wins: one of them over Anaheim (5-1) and twice over St. Louis (4-3 OT and 4-1). And with a stronger opponent, such as Colorado, they failed to show a decent result. It is worth noting that the Kings are much better at using their potential in the home arena – in six matches, there are only two defeats.

Vegas has developed another winning streak of four matches. The Golden Knights defeated St. Louis on the road (5-4 OT and 5-1). Later, the team faced an even weaker opponent – San Jose Sharks at home, beating them 2-1 and 5-4. The Knights are not embarrassed by away matches, as evidenced by only three defeats in 11 meetings – Colorado (2-3) and Minnesota (0-2 and 3-4). Vegas continues to be the leader in the West with 41 points, three points more than the Avalanche.

Vegas is the clear favourite in this match, as in all respects, they are stronger than their opponent. The Golden Knights continue to be in great shape, so it shouldn’t be difficult to beat the Kings. Our prediction is the victory of Vegas.