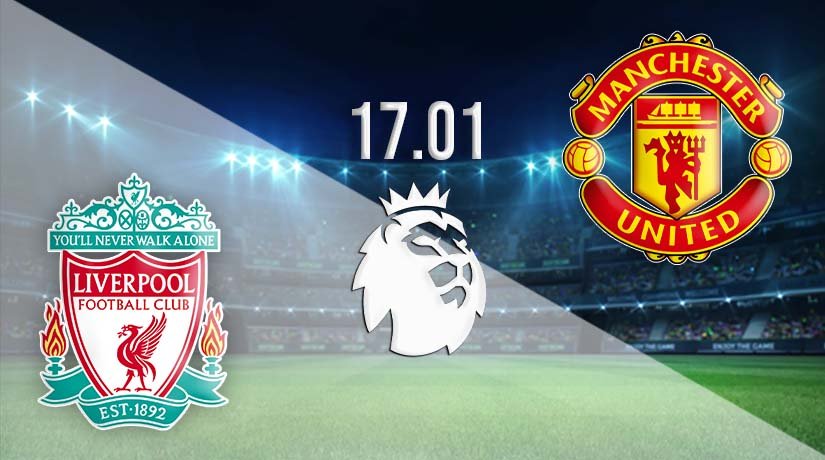 Three games will be played in the English Premier League on Sunday with the highlight of the programme matching two giants of European football. Last season’s champions Liverpool welcome old rivals and title challengers Man Utd to Anfield with this one scheduled for a 16.30 GMT kick-off.

The Reds and Red Devils have thrown up some memorable meetings over the years and the stats associated with this fixture make for interesting reading. On Sunday afternoon Man Utd will be out for revenge after losing 2-0 in their last visit to Anfield 12 months ago. Virgil van Dijk and Mo Salah were the scorers that day.

Reds on a poor run of form

Liverpool entered the week sitting on top of the Premier League with their stats for the campaign so far reading nine wins and six draws against two defeats. The 33 points gained had them ahead of nearest rivals Man Utd in second on goal difference only, the home team scoring four more goals at this stage, conceding three fewer goals.

Despite their lofty position and being many pundits’ favourites to defend their title and scoop two-in-a-row, Liverpool prepare for this game on the back of a poor run of form. Jurgen Klopp’s side have failed to win three games on the bounce, taking only two of the last nine points available to them and that is a serious cause for concern to anyone connected to Anfield.

Man Utd started the week second in the league table, hot on the heels of Liverpool. Win at Anfield and they could surge into pole position while sending out a message of intent to the rest of the competition. Victory for Man Utd would make global news and force critics to start taking their chances of winning the league seriously. The visitors have won 10, drawn three and lost three games so far. They also have a game in hand over the current pace-setters.

United enjoy an impressive unbeaten run, winning four and drawing one of their last five. The Red Devils have won each of their last two, beating Wolves in their final match of 2020 before opening their account for this year with a strong 2-1 win over Aston Villa at Old Trafford. They beat Watford at the same venue in the FA Cup last weekend thanks to an early goal from McTominay.

Liverpool would take a step closer to retaining the Premier League title by beating their nearest rivals at Anfield on Sunday and they are certainly good enough to do just that. To win the points they’ll have to show real improvement on their recent efforts, however. Man Utd will take confidence from their form and that of their hosts.

Make sure to bet on Liverpool vs Man Utd with 22Bet!