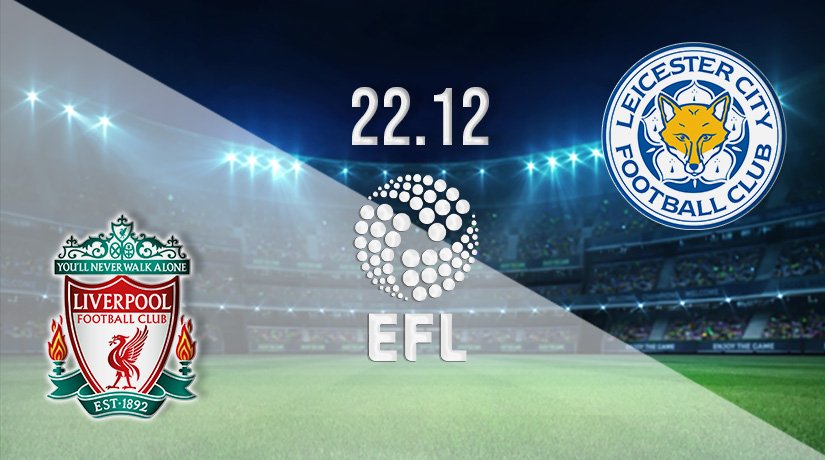 Liverpool haven’t won the EFL Cup for close to ten years, but Jurgen Klopp’s side have a great chance of ending that wait this season. They will come up against the reigning FA Cup champions in the quarterfinals of the competition this season.

Liverpool were the record-holders for the most wins in EFL Cup history up until the dominance that Manchester City have enjoyed in recent times. The Reds have won the competition on eight occasions, which is the same number of times as City. However, it has been nine years since their last success in the competition, with their latest EFL Cup win coming in 2012.

Klopp has won again rung the changes throughout the EFL Cup to this point, but the Reds have faced few issues in making it through to this stage of the tournament. Wednesday’s game against Leicester will be their first home fixture in the competition this season after previously beating Norwich City and Preston away from home.

Liverpool have scored five goals in those two fixtures to date, and are yet to concede a goal. Changes are likely to be made once again by Klopp this week, but they have the strength in depth to still pose the Foxes questions.

The Foxes have won the EFL Cup on three occasions in their history, with their most recent success coming back in 2000. Leicester won the FA Cup for the first time last season, and will be looking for a third success in just under a year.

Leicester beat Millwall 2-0 in the third round of the competition, before edging past Brighton in the fourth round at the end of October. The Foxes needed a penalty shootout at the King Power in that fixture, after a 2-2 draw was played out between the two sides.

The Foxes won the last fixture between these two sides in February, as they claimed a 3-1 success at the King Power. However, that victory ended a run of seven without a victory against the Reds. Leicester won the last meeting between the sides in the EFL Cup back in September 2017.

Liverpool will make changes after their draw against Tottenham Hotspur. However, the Foxes are likely to name a similar team as they look for further domestic success. That will give them the advantage here, and we could see them getting the win at Anfield.

Make sure to bet on Liverpool vs Leicester City with 22Bet!