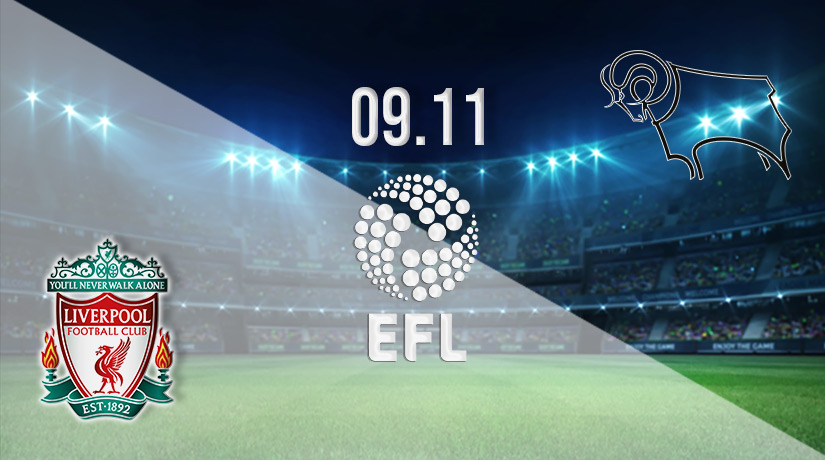 Last season’s winners of the EFL Cup enter in the third round of the competition this season, and Liverpool will be the clear favourites to progress from this tie against Derby County. The Reds will have home advantage, but could Derby spring a surprise at Anfield?

Liverpool were crowned winners of the EFL Cup in the 2021-22 season, and they will be looking to successfully regain their title this term. However, this fixture comes at a time of great uncertainty off the pitch for the Merseyside giants, as it has been reported that the FSG group are looking to sell the club in the immediate future.

But, the Reds were extremely strong in the domestic cup competitions last season, as they won both the EFL Cup and FA Cup. Those were the first two domestic cup victories during the Jurgen Klopp era, but the Reds’ season ultimately ended in disappointment after finishing second in the Premier League and losing in the Champions League final against Real Madrid.

Derby County will come into this fixture as massive underdogs. They were relegated to the third tier for the first time in a long time last term, as their financial difficulties saw that they were given far too much to do after being docked points for going into administration. Life in League One hasn’t started too well, as the Rams currently sit out of the playoff places in the division.

Derby showed their fighting qualities in the previous round, as they managed to knock out Championship side West Bromwich Albion. The only goal of the game was scored after just 15 minutes, with Louie Sibley netting the winner at the iPro Stadium.

Liverpool vs Derby Head to Head

This will be the first meeting between the sides since an EFL Cup tie in September 2016. On that occasion, the Reds ran out 3-0 winners away from home. Liverpool has an excellent record in this fixture, as they have picked up wins in each of the previous five. Meanwhile, the latest Derby win was recorded in a Premier League fixture in 1999.

Despite the fact that Liverpool will make a number of changes for this fixture, we still struggle to see past the Anfield giants getting the victory that they need to progress through to the next round.

Make sure to bet on Liverpool vs Derby with 22Bet!