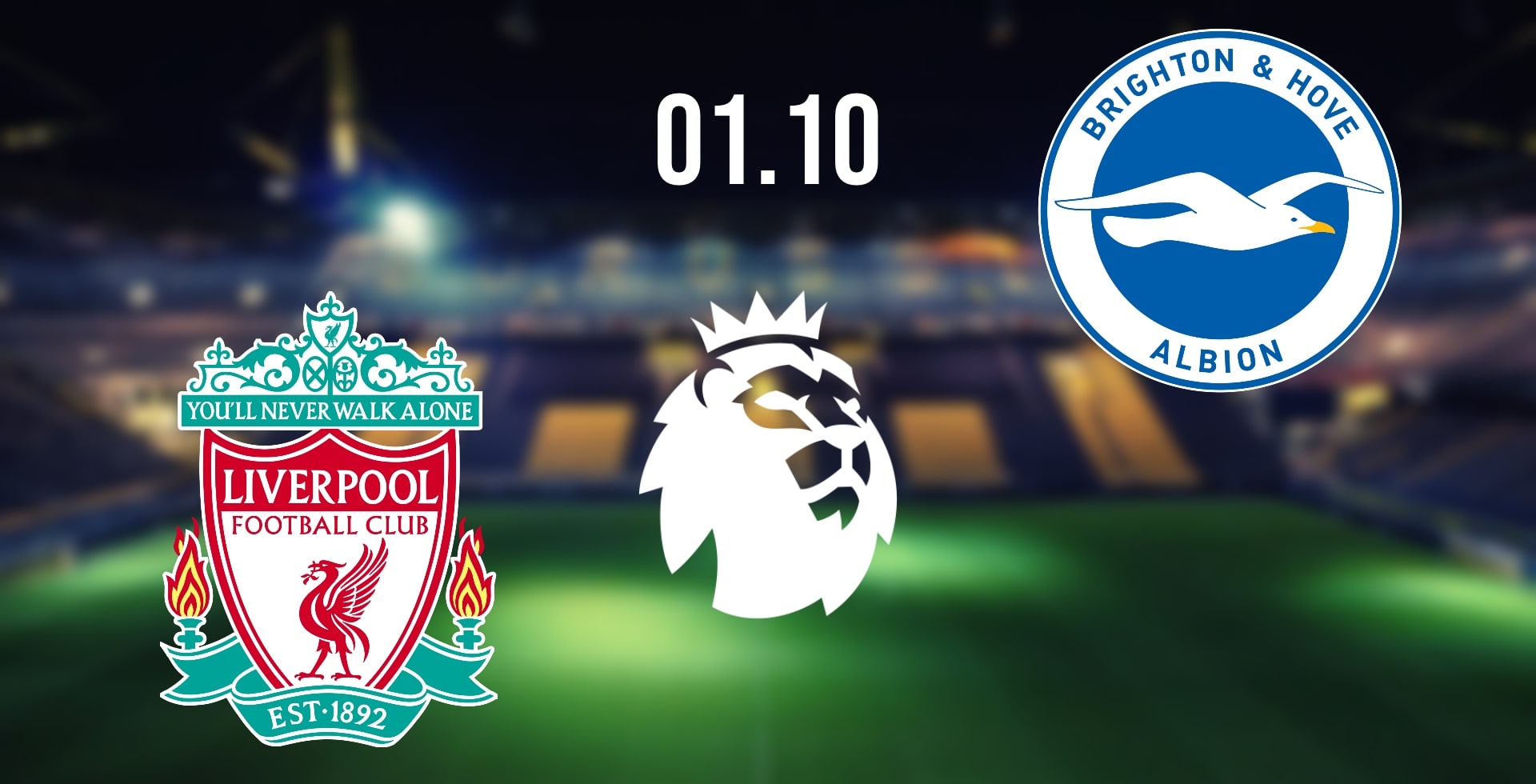 Fourth-placed Brighton travel to Anfield on Saturday at 15:00 GMT to face eighth-placed Liverpool in what is expected to be a tough examination of the Seagulls as the Reds look to regain their winning form and Brighton seek to continue their current good form at the start of this season.

Do Liverpool Have What It Takes to be Back among the Wins?

The season has not started according to plan for Liverpool. With 9 points from the available 18, Jurgen Klopp’s men have to improve fast to ensure that they do not fall further behind the league’s pacesetters.

Talk of a rejig of the Liverpool side followed the defeat away to Napoli. However, Klopp will put faith in his side to perform at a high level in their clash against in-form Brighton, albeit one that lost their manager to Chelsea before the international break.

The focus will be on intensity and energy in the performance with consistency also highlighted as the Reds look to bounce back to winning ways.

Can Brighton make it Consecutive Triumphs?

Roberto De Zerbi will get his introduction to the English Premier League at Anfield. The Italian will be champing at the bit to get started on Saturday as he looks to continue the good work at Brighton started by the now-Chelsea gaffer.

Zerbi’s Brighton will seek to maintain high energy levels in their performance with pressing applied across the pitch.

However, against Liverpool, Brighton will also look to be compact and solid in their approach; this will be designed to minimize the number of times Liverpool penetrate behind their defensive line and the spaces in between the lines they can exploit.

Klopp’s men have emerged victorious twice and drawn twice in their previous five fixtures. The Reds have also lost once in this run. This means Klopp’s men have collected eight points and dropped four.

The two wins in this run came against Bournemouth at home in a 9-0 rout and a close 2-1 home win over Newcastle. The two draws came in the Reds’ clashes with Crystal Palace (1-1) and the Merseyside derby against Everton (0-0). The defeat came at Old Trafford (2-1).

Brighton have been in fine form over the last five outings in the Premier League. In this run, the Seagulls have won three matches, drawn once, and lost just once. They have collected 10 points and dropped five.

Brighton are currently sitting fourth on the table, five points behind league leaders Arsenal albeit having played a match less than the table toppers.

The 30-year-old Egyptian is still getting to terms with this season. In six appearances, Salah has scored twice. He has also scored a further goal in the Champions League in two further appearances for Liverpool.

Salah’s pace, finishing, and experience will serve Liverpool well on Saturday as they seek to win and take all three points.

The Ecuadorian youngster has been integral to Brighton’s good form this season. The 20-year-old has made six appearances for the Seagulls this season and scored one goal.

The high-energy midfielder is crucial for Brighton in pressing across the midfield, closing down the opposition, and winning back the ball.

His pace and passing range also means that Caicedo can be crucial in driving forward and starting attacks.

Liverpool will stick with their high-energy and pressing and high-intensity tactics to drive Brighton back to their half, and thus dominate possession and territory as they look to create chances.

Brighton will implement a medium press. Although they will seek to play through the press and launch attacks; they will be wary of being too open and leaving Liverpool too many chances.

Liverpool will win the match and take all three points.