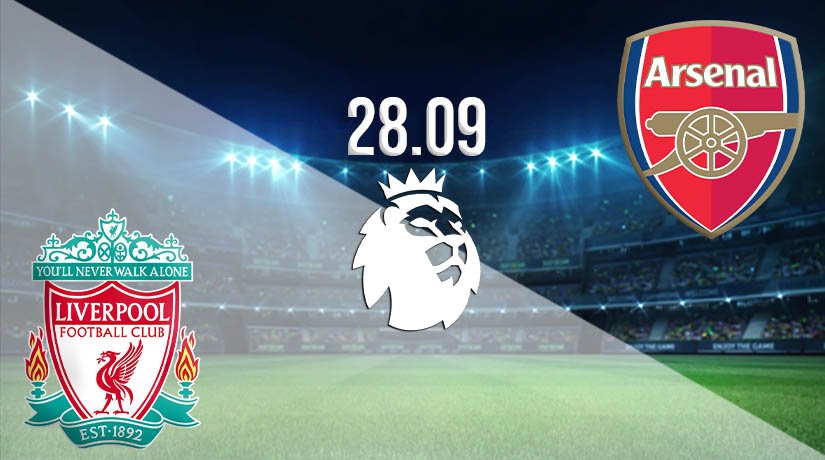 The biggest game of the weekend takes place on Monday night, as Arsenal travel to Anfield, as they look to continue their excellent start to the new Premier League season.

The second successive season, Arsenal and Liverpool will meet on the third matchday in the Premier League. Just as they were last season, both teams come into this fixture with perfect records, but can Arsenal put down a marker for the remainder of their season with a huge three points at Anfield?

There is certainly a good feeling around the Emirates this season, as the Gunners have started the season with a good run of form. They also picked up the Community Shield after beating Liverpool on penalties. The Gunners have won two from two in the Premier League, and have also secured their passage through to the fourth round of the EFL Cup after beating Leicester City.

Their prize for doing so will be another fixture against Liverpool. However, before that cup meeting, the two sides will meet in the league. The Gunners have beaten Fulham and West Ham United so far this season, which means this trip to Anfield will present them with their first big challenge of the campaign.

The Reds have been in excellent form this season, and they have already 13 goals in three competitive games. They opened the season with a thrilling 4-3 success against Leeds United, with Mohamed Salah scoring a hat-trick in the victory. That win was followed up with a more routine victory at Stamford Bridge, with Sadio Mane scoring a second half brace.

Liverpool come into this fixture against the Gunners having won their last game in the EFL Cup. A much-changed Reds line-up were too hot for Lincoln City to handle, as Liverpool ran out 7-2 winners. Takumi Minamino and Curtin Jones scored braces in the win, while Xherdan Shaqiri, Divock Origi and Marko Grujic also found the net.

Liverpool vs Arsenal Head To Head

Counting the Community Shield, Arsenal are unbeaten in two against Liverpool. They won the last league meeting between the sides 2-1 at the Emirates. However, the Gunners haven’t won at Anfield in eight years.

The Gunners have started the season well but they will still be the massive underdogs in this fixture. Liverpool’s attacking play so far this campaign has been brilliant, and that will be decisive as they claim three points against Arsenal at Anfield.

Make sure to bet on Liverpool vs Arsenal with 22Bet!