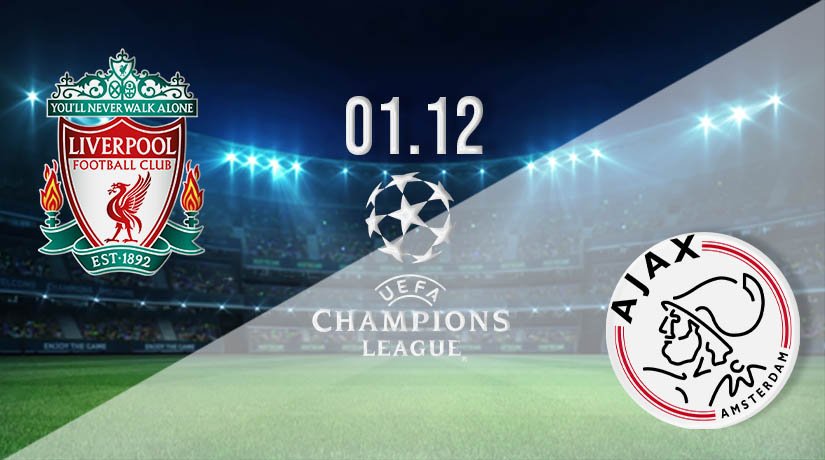 Liverpool are back in Champions League action on Tuesday evening as the English Premier League champions play host to Dutch giants Ajax from 20:00 in a clash due to be shown live on television. The Reds sit top of Group D, but the pool remains wide open with three teams battling to bank one of the two qualification slots. There’s still all to play for in this one.

Interestingly, the stats associated with this fixture shows Liverpool and Ajax have met only three times in the past with the head-to-head stats an even split of one win each and a draw. Liverpool did record their first competitive victory over Ajax back in October when an own goal from Nicolas Tagliafico handed them a narrow 1-0. The locals want to do the double, but Ajax are pushing for revenge on Merseyside.

Liverpool sit in pole position of Group D with nine points on the board having won three and drawn one of their four games so far. The Reds have scored eight goals already, conceding two which makes them the pool’s joint-highest scorers with the best defensive record by a comfortable margin. Followers of the home team know victory here will likely be enough to secure their place in the next round of the tournament.

Jurgen Klopp’s side stumbled to a 1-1 draw away to Brighton on Saturday afternoon, taking a point from a match most fans expected them to win. Jota fired the defending champions into a lead on the hour mark but there was a late twist as Grob struck a dramatic equaliser for the Seagulls deep into stoppage-time to rescue a point. It was a bitter blow for Liverpool who must now respond.

Ajax are second in the group with seven points on the board which puts them level with Serie A side Atalanta who are expected to beat bottom club FC Midtjylland. That heaps pressure on Ajax to get something in England but they have reason to be confident and make this trip unbeaten in their last three group matches, following a draw with back-to-back wins.

Six points from their last two games breathed new life into Ajax’s campaign and they are now ahead of Atalanta by one in the goal difference tally. The visitors have found the net seven times but have conceded five which is something the Liverpool attack will be aware of as the teams put the finishing touches to their preparation for this match.

Ajax know winning at Anfield is no mean feat, but they take encouragement from their recent form in this competition and the draw suffered by their opponents at the weekend.

Make sure to bet on Liverpool vs Ajax with 22Bet!