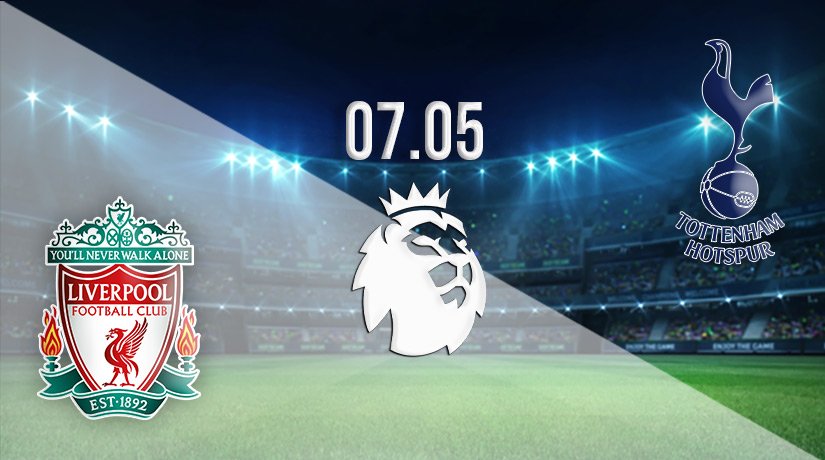 We have arrived at round 35 of the English Premier League season, and there’s still plenty to play for throughout the division. At the top of the league, Manchester City sit in pole position but have Liverpool breathing down their necks in a race that is certain to go right down to the wire.

There’s also an ongoing battle for a top-four finish with three teams involved in a dispute for fourth, including Tottenham. At the wrong end of the table, you’ll discover an ugly fight to avoid the relegation zone and secure a place in the Premier League for another season. In this article, we concentrate on the match at Anfield where the Reds host Spurs.

Liverpool enjoy home advantage for a match that could shape their season. If they beat a top-four contender on Merseyside, they will keep the pressure on Man City and remain in the running for the title. If they lose to an ambitious opponent that has hit form at the right time and knows they must hold their ground to make it to next season’s Champions League, their title challenge could be over.

This will be a nervy 90 minutes of action with both teams knowing they must win but also being aware of the damage a defeat could do to their chances of finishing in the prize places. This will be a fascinating match from kick-off to the final whistle.

This fixture is renowned for goals, with the pair serving up some high-scoring and exciting matches in the last few seasons. They produced a four-goal draw in London earlier this season with a 2-2 finish reflecting the competitiveness of the play.

Liverpool found the net that day thanks to Jota and Robertson before the Scotsman was sent off on 77 minutes. Spurs claimed a share of the spoils with Kane and Son on target, taking the lead then having to battle back from 2-1 down to claim a draw. Both teams have now scored in each of the last three games involving the rivals.

Reds remain in the race

Liverpool are one of two teams with a realistic chance of winning the Premier League this season. They are involved in a standoff with Man City, who enjoy pole position at present, but there is no room for error.

If Liverpool continue winning and picking up points, they will force a shootout on the final day, but in order to win the league, Liverpool will need a favour from the teams due to play Man City. Pep Guardiola’s men have dropped only two points from their last five games, but no one in the home dressing room will be willing to throw in the title just yet.

Liverpool have identical form to the league leaders, with four wins and a draw making up their last five league games. The spare was a draw between Man City and Liverpool at the Etihad Stadium when the pair fought out a 2-2 finish last month.

Since that draw, Liverpool have beaten Man City in the FA Cup and drawn 3-3 with Benfica in the Champions League. They hammered Man Utd 4-0, Everton 2-0, Villarreal 2-0 and Newcastle 1-0. This Reds team is showing no signs of slowing down as the big games continue to come thick and fast.

We last saw Liverpool in league action when they beat Newcastle 1-0 at St James’ Park a week ago. The Reds and the Magpies are famous for serving up high-scoring matches with plenty of talking points, but it was a more reserved 90 minutes than we had expected.

Kieta scored the only goal of the game on 19 minutes, and that was enough to earn Liverpool the three points, although there were a few hairy moments for fans as the Magpies aimed to nick a draw near the end.

Tottenham started the season well but have blown hot and cold this term, with a lack of consistency costing them a shot at the title. They are in the running for a top-four finish and return to the Champions League, however, but followers of the Londoners know their side must reel off several wins in the closing weeks of the campaign.

Will Spurs beat off the attentions of derby rivals Arsenal and Manchester United for fourth place? They are in the mix as we enter the home straight, and that’s all fans can really ask for. They are preparing for a grandstand finish.

Spurs have been their usual inconsistent selves in recent Premier League games, and they have won three, drawn one and lost one of their last five. They enter this match with 61 points on the board and sitting in fifth place, two points behind the Gunners in fourth and six above Man Utd in sixth. The Red Devils are clinging on to their chances, but it’s looking increasingly likely that this will be a shootout between Tottenham and Arsenal for fourth.

The visitors do make this trip to Merseyside on the back of an impressive win when beating Leicester City 3-1 in London last week. The Foxes haven’t been as strong this season as last and won’t feature in the major European places.

Spurs helped make sure of that with a win thanks to goals from Kane and a Heung-Min double on the opening day of the month. Iheanacho scored a consolation goal for the beaten team, but that came in stoppage time at the end of the match, and there wasn’t enough time for Leicester to make things uncomfortable.

Liverpool are the home team for this match and also boast the better recent form of the teams involved. The chance to keep up pressure on Man City will be the driving force, but they will find Spurs to be a dogged and determined opponent who will fight tooth and nail for the points.

Liverpool are priced at 1.4 with 22bet to win this match with Tottenham 7.1 and the draw 5.

Make sure to bet on Liverpool v Tottenham with 22Bet!