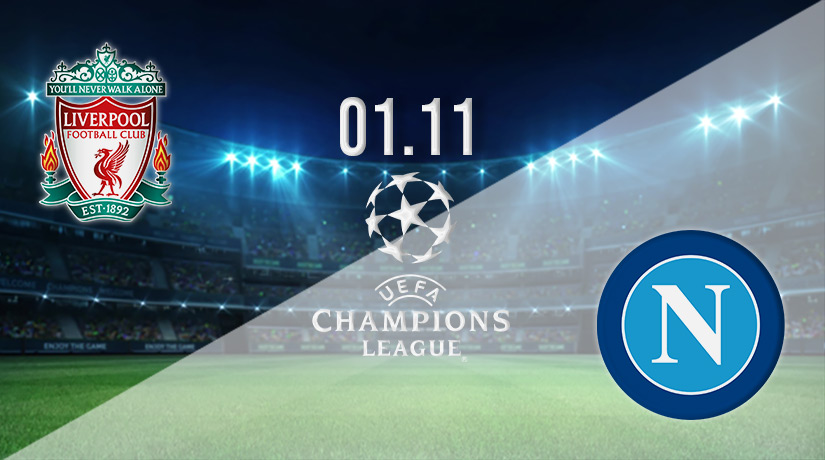 Followers of the UEFA Champions League have their only round of matches in November before attentions turn to the World Cup in Qatar later this month. It’s round six of what has already been a memorable group campaign. More drama is expected, with many of the pools still to be won. Liverpool host Napoli in Group A, with both sides in with a chance of finishing in pole position, improving their draw in the next round.

The Premier League and Serie A teams have handled themselves well in their opening five matches, with Liverpool and Napoli already through to the next round. Ajax will finish in third place, dropping into the Europa League, while Rangers’ return to the head table ends after six group games. That leaves a straight shootout between the clubs involved in this match, with the winner progressing as champions of the pool.

Napoli sits in pole position with a 100% record, including a convincing win over Liverpool in Italy back on matchday one. Will the Italians do the double over their opponents by winning at Anfield and sending a clear statement of intent to the rest of the tournament? That remains to be seen, but our team of online soccer writers preview the action below, offering their views on the form, any injury news and predictions.

Reds are in the running

The locals know they are already through when heading into matchday six and a home match against Napoli. Win, lose or draw; they will be playing knockout football, which may encourage Klopp to rest some of his better players ahead of a weekend trip to Tottenham. They haven’t been performing too well in the league so far this season and beating Napoli to secure the pole may not feature as highly on the manager’s list of priorities as some fans believe it should. The starting lineup will tell us everything we need to know about Liverpool’s intentions.

Their stats ahead of round six show four wins against one defeat, with 15 goals scored and only six conceded. They lost their opening match in Naples but responded to win each of their next four. Ajax fell before doing the double over Rangers at Anfield and then Ibrox. The latter was a great match that produced eight goals. The Gers netted the game’s first goal but were then slaughtered, Liverpool romping to a 7-1 home cheer. That seemed to do wonders for team morale, and they remained in the running with a win over Ajax when last playing in this competition.

The 12 points gained from that purple patch leave the Reds on a dozen points, three shy of pace-setters Napoli. With the Italians beating Liverpool 4-1 in Naples, it would mean Liverpool would have to win by five or more goals to go through. Liverpool did lose at the weekend in the EPL when suffering a shock home defeat to Leeds United. Despite being written off pre-match, the team from Elland Road had enough class to silence the doubters. That heaps pressure on Klopp and his players to bounce back to winning ways as quickly as possible.

Napoli is almost there

It’s proving to be a remarkable season for Napoli, with their supporters partying on cloud nine since the start. When Ajax brushed past Rangers, the Italians put down a marker by hammering Liverpool on week one. That put them in pole position early, and there has been no looking back. The players now have the wind in their sails, and they won’t want to miss the chance to hold their ground and finish on top. The winner of the pool often receives an easier test in the next round, facing the runner-up of another group.

Napoli is the leader and deserves to be after five wins and 15 points from their previous five games in this competition. There have been 20 goals scored and only four conceded. They have started the season in fine form. As well as taking control of Group A, they are also making a success of things in Serie A. Napoli are unbeaten in Europe and yet to taste defeat in Italy, topping Serie A with stats of 10 wins against two defeats with 30 goals scored and nine conceded. The 32 points collected mean Napoli is already five points clear of the chasing pack led by Atalanta. What’s more, they’re showing no signs of slowing down.

They were last seen in action on Saturday at home in the league, smashing Sassuolo 4-0. That was a match they were expected to take all three points from, and the players did as requested, keeping a clean sheet and scoring a few goals. In terms of preparation, Napoli couldn’t have gone any better, and they will board a flight to England with confidence at record-high levels. Win again on Merseyside, and it would be no surprise to anyone who has followed European football over the last month.

It isn’t easy to get too excited about the chances of Liverpool here. They were remarkable towards the end of last season but have started this campaign in a sluggish manner. Putting Liverpool’s form beside that of Napoli suggests a comfortable away win. But as any follower of the game at this level already knows, nothing can be taken for granted.

Napoli hasn’t put a foot wrong all season, and if they play at their best in England, desperate to protect their position, they will have a great chance of signing off with a victory. Winning at Anfield is no mean feat, but the Italians have every chance.

The pre-match betting odds available at 22bet on this fixture has Liverpool at 1.77 with Napoli 4.08 and the draw 4.1. There are also several specials and promotions on offer, including both teams to score, handicap betting and the first goal scorer. Take your pick.

Make sure to bet on Liverpool v Napoli with 22Bet!