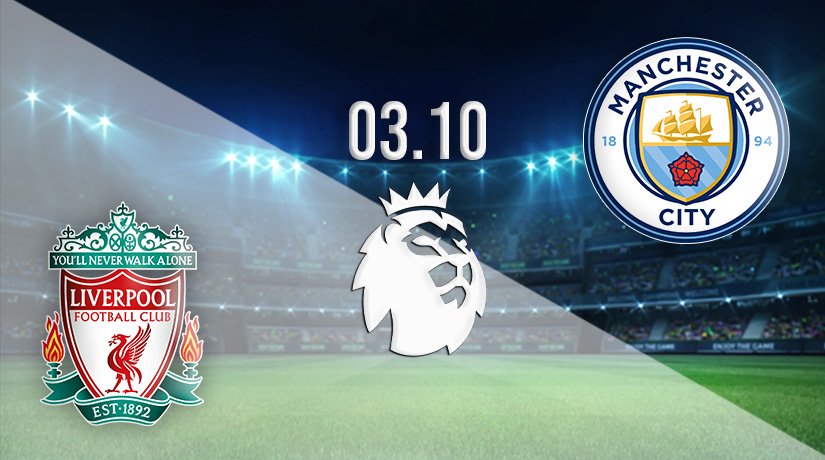 Two teams expected to battle it out for the Premier League crown this season face off in the highlight of Sunday’s four games from the top tier of English football. The reds and sky blues meet at Anfield in this top of the bill heavyweight tussle from 16:30 GMT. A capacity crowd will be in attendance while millions more worldwide watch the play live on television, hoping to gain some early hints on where the trophy might end up this spring.

Manchester City are the defending champions having snatched the title from Liverpool last season after the reds put up little by way of opposition as they only just managed to finish in the top four. The home team now appear to be back at full strength and although the title won’t be decided in this match the Reds will want to draw first blood and send out a message of intent to their rivals.

Liverpool and Man City met twice last season with the champions unbeaten in both. Last November, the opening match at the Etihad Stadium produced a 1-1 draw before City ransacked their hosts at Anfield, winning 4-1 back in February. The Cityzens are unbeaten in this fixture in three, a run stretching back almost two years. In that time the aggregate score reads Liverpool 2-9. Will this renewal follow the trend and produce a big win for Pep Guardiola’s side, or can Liverpool get the points and stop the rot?

After six games played we find Liverpool on top of the league and looking in much better shape than they were towards the end of last season. Jurgen Klopp’s men boast stats of four wins and two draws with 15 goals scored and only four conceded. That is quite remarkable and fans will be delighted to see the stability has returned to the defence, something that was lacking last season due to injury and disruption. Liverpool are the only unbeaten team left in the league and one of the only unbeaten teams remaining across Europe’s main divisions. That’s cause for celebration.

The home team secured back to back league wins over Leeds United and Crystal Palace, beating both the Peacocks and the Eagles by a 3-0 final score. They also dished out the same treatment to Norwich City at Carrow Road in the EFL Cup late last month and put three past AC Milan in a stunning Champions League match at Anfield that saw the home team win the points thanks to the odd goal in five. They’ve had no problems finding the net in all competitions and that must continue if they are serious about winning back the title.

Amazingly, Liverpool also hit the target three times in London against Brentford last weekend but their defence let them down that day with the Bees buzzing back to snatch a 3-3 draw and share of the spoils. Jota, Salah and Jones were on the scoresheet that day but a late equaliser from Wissa ensured a share of the spoils and it was nothing more than Brentford deserved for their efforts.

City got their revenge

Manchester City may have won the Premier League title back from Liverpool last season but the Champions League continued to prove elusive for the free-spending Mancs. They reached the final – the club’s best-ever effort in the Champions League – and were favourites to defeat Chelsea to win the prize, but it was the Blues that came out on top thanks to a 1-0 win. Man City got their revenge – of sorts – last weekend when going to Stamford Bridge and beating the high-flying Londoners 1-0 in the Premier League. That narrow win over a confident team may well prove to be crucial come the end of the season, and it did wonders for team morale in the meantime.

Man City sit second in the Premier League title with 13 points on the board, one fewer than their opponents on Sunday. That means the Sky Blues could go top of the league if they nailed a big win while putting a dent in the hopes of a major rival for the trophy. The importance of this game won’t be lost on a City team packed with the experience of winning big games. To beat Chelsea and then Liverpool back to back and away from home would be something quite spectacular for the club and show why they were strong favourites to retain the league title.

So far, the visitor’s form reads four wins and one draw against a single defeat with 12 goals scored and only one conceded. They have the best defence in the league – by quite some distance – and have a strong attack, but they are currently three goals behind Liverpool at this stage. Finding the net has never been a problem for Man City, so Pep will be proud to see his men improve at the back. The key to success is scoring goals but also keeping opponents out. That sturdy backline will be put to the test again.

Liverpool is in pole position for a good reason. They are playing fine football and scoring lots of goals, with the September trends showing they netted three times in most matches. Their defence has been strong too, and of the four goals conceded this term, we saw three of them come in the one game last week away to Brentford. A rare off day or repeat of last season’s frailties? Only time will tell.

Man City was impressive last weekend when beating Chelsea at the Bridge, and although it was a narrow 1-0 scoreline, the importance of that win shouldn’t be undermined as Chelsea were flying at the time. Following a win at Stamford Bridge with one at Anfield would ensure the critics sat up and noted just how good this City team is.

Members of 22bet can place bets on the outcome of this match, and the winner market has Liverpool at 2.875 to take three points. Man City to gain an away win is 2.37, or you can back the draw at 3.52.

Make sure to bet on Liverpool v Man City with 22Bet!